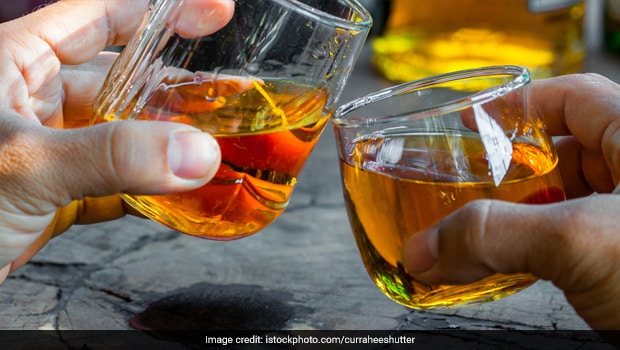 Artificial Intelligence or AI is a buzzword around the world. The term is used to refer to intelligent machines or technology that displays intelligence comparable to natural intelligence displayed by sentient beings like humans and animals. AI is seen as the future of almost all major streams including medicine and research, accounting, traffic control and even chess and sports. AI is making long strides in every field increasing the possibility of a future run entirely by machines. Now, as it turns out, AI has already begun rendering humans obsolete in the food and beverage world as well. Tech giant Microsoft has teamed up with a 20-year-old Swedish distillery called Mackmyra to create the world's first whiskey developed with artificial intelligence. Finnish technology consultancy Fourkind is the third player in this pioneering partnership.

Fourkind announced the creation of what is now being called 'World's First AI Whisky' on their Twitter page:

The whisky was reportedly presented at the tech conference 'The Next Web 2019' in Amsterdam, Netherlands. According to the information available about the whisky on Mackmyra's website, "Currently, the distillery's machine learning models, powered by Microsoft's Azure cloud platform and AI cognitive services, are fed with Mackmyra's existing recipes (including those for award-winning blends), sales data, and customer preferences. With this data set the AI can generate more than 70 million recipes that it predicts will be popular, and of the highest quality based on what kind of cask types there are in the warehouse."

Also Read: Blackened By Metallica: The American Whiskey That Has Been Aged Using Heavy Metal Songs!

They further said that this process is not just faster than the manual process, but is also capable of coming up with new and innovative combinations due to AI's ability to sift through and calculate large amounts of data. In other words, the algorithm is capable of coming up with combinations of flavours, that human blenders may not have been able to come up with.The website says that the whisky is golden yellow in colour. As for its smell, it has notes of "toffee & cream vanilla, fine oloroso tones and fruit with citrus, pear & apples. Herbal notes of aniseed, ginger and white pepper and a light tone of toasted oak casks." The whisky is fruity and oaky, slightly salty with a 'dryish end', says Mackmyra's website.

???? ???? Utilizing AI is not only faster than a person carrying out the process manually, but thanks to the algorithm's ability to sift through and calculate a vast amount of data, new and innovative combinations that would otherwise never have been considered can be found. #mackmyra #ai #artificialintelligence #whisky #mackmyrawhisky #singlemalt #explorersinwhisky #gin #sweden #sverige #distillery #drinkresponsibly #labdistillery

Microsoft also introduced the unique AI-generated whisky blend through a blog post on their website, titled, "Meet the world's first AI-created whisky". The post said, "Master Distillers can spend their whole lives meticulously tasting, tweaking and experimenting to create the best flavours possible, turning acts of chemistry into a form of art - and this is where Mackmyra wants AI to work its magic." What this path-breaking creation will lead to in terms of further innovation in the field of alcohol distillation, still remains to be seen.

What do you think about machine-created flavours of food and drinks? Let us know in the comments section below!