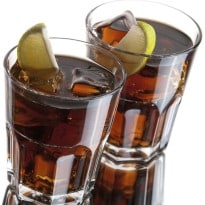 Prime Minister Narendra Modi on Wednesday said multinational cola giants PepsiCo and Coca-Cola should help augment fruit sales for Indian farmers by adding fresh fruit juices to their fizzy drinks. "Millions of people buy Pepsi and Coke. I have asked these companies if they can put five per cent natural juice in their drinks," Modi said on Wednesday in Karnataka.

"If they can, then our farmers will make a lot of money. Our farmers will not have to throw their fruit away," he said after inaugurating a food park with a storage capacity of more than 20,000 tonnes for two dozen food processing companies. Modi's food processing minister said last month that PepsiCo should reduce the sugar content of its beverages, and asked the company to partner with the government to develop nutritious processed food for school students.

The companies did not immediately respond to requests for comment. India, the world's second largest producer of fruits and vegetables, throws away fresh produce worth millions of dollars every year because of the country's lack of adequate cold storage facilities and refrigerated transport.

Modi's made his pitch to the world's largest drink makers days before a trip to the United States, where he is scheduled to meet top executives from multinational companies, including from PepsiCo. The country has about 6,500 cold storage facilities and the prime minister is seeking foreign investments and technological upgrades to reduce food wastage and expand the food processing network.
Listen to the latest songs, only on JioSaavn.com
The U.S.-beverage companies have earlier stated that they are committed to expanding their presence in Asia's third-largest economy where a growing middle class has more to spend on processed beverages and food.

PepsiCo, the maker of Pepsi-Cola, Frito-Lay snacks and Tropicana juice last year said it had plans to invest $5.5 billion in India. Coca-Cola Co in 2012 allocated $5 billion for investments in Indian market by 2020.