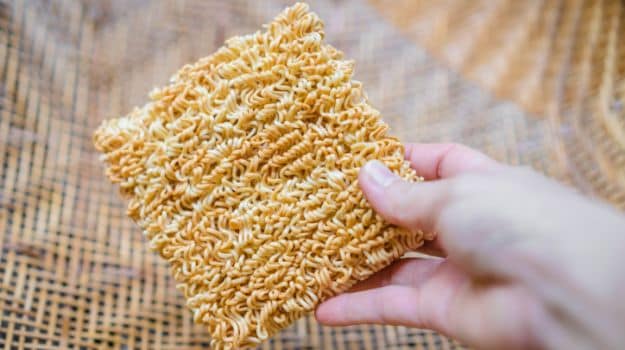 Under fire over the Maggi issue, Nestle India has claimed that it got samples of the noodles tested in an external laboratory as well as in-house and the product has been found "safe to eat" with lead levels within the permissible levels for consumption. They also remarked that they regularly monitor all their raw materials for lead.

However, the company was silent on the presence of the taste enhancer monosodium glutamate (MSG) in their famous 'two-minute' noodles. Nestle India further said that it is "fully cooperating with the authorities who are conducting further tests and we are awaiting their results".

(Maggi Noodles Controversy: Nestle India to Be Prosecuted)These samples represent around 32 crore packets, as one batch comprises of about two lakh packs. All the results of these internal and external tests show that lead levels are well within the limits specified by food regulations and that Maggi noodles are safe to eat, it added. "We are sharing these results with the authorities," the company said.

Last month UP FSDA asked Nestle India to withdraw a batch of Maggi noodles "which were manufactured in February 2014" after it found high levels of added monosodium glutamate (MSG), a taste enhancer, in the noodles and lead beyond permissible limits.

While the company had earlier said that it does not add MSG to Maggi noodles, the UP Food regulator has rejected this claim.

Subsequently, a case has been lodged against the company in a local court at Barabanki over safety standards of Maggi, while actors Amitabh Bachchan, Madhuri Dixit and Preity Zinta were also separately dragged to court for promoting the 'two-minute' noodles brand.

Stating that consumers are concerned by reports that the authorities in Uttar Pradesh have found elevated levels of lead in a sample pack of Maggi noodles, the company said, "We are fully cooperating with the authorities who are conducting further tests and we are awaiting their results."