In a Soup Again! The Story Behind MSG 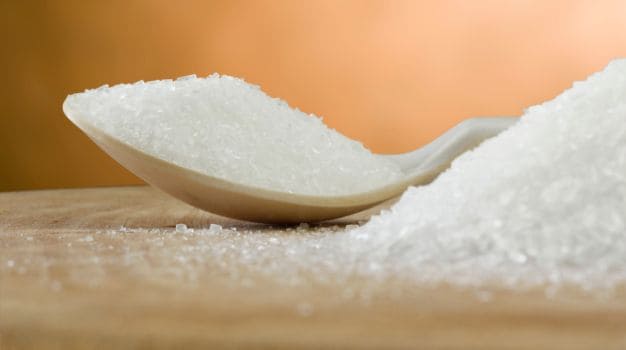 For those of you who have gossiped over a bowl of Maggi in college, eaten it as a midnight snack or cozied up with it on a rainy day, we've got some disappointing news. The latest controversy in the food industry is regarding Maggi Noodles and the allegation that it contains excessive amounts of MSG. It all began when samples of Maggi noodles in UP were sent for testing by Food Safety and Drug Administration (FSDA) to Kolkata’s referral laboratory and the result said that it contained added Monosodium Glutamate (MSG) and excess of lead. While Nestle defends their stand by clarifying that the noodles contain naturally occurring glutamate and not added MSG, and that too, is only one per cent which is negligible as compared to the permissible level. So we bring you all that you need to know about the notorious taste enhancer.

Read the original story and Nestle’s response to the controversy:
No MSG in Maggi Noodles, Says Nestle, as States Reportedly Ask for Tests

Like thousands of Indians, if someone were to ask me my favourite cuisine I would instantly say Chinese food. Of course it's another story that when I say Chinese food, I am referring to the brand of Indian Chinese which is a unique genre of food altogether, with its own mix of spices and ingredients. But the Indian Chinese that you eat in a restaurant is not easy to replicate at home even though you may have used pretty much the same ingredients.  No matter how much one tries, it’s impossible to revive those flavours.

In my stubborn quest for mastering the cuisine, I eventually discovered the secret ingredient that makes all those dishes such a great hit. The suggestion came from my own mother after hearing sob stories of my several failed attempts as she said, “Just add Ajinomoto. Simple.” And yes, it was that simple. Adding just a few crystals of the transparent ingredient managed to transform my noodles instantly into something extraordinary.

Though most of us know it as Ajinomoto, the secret ingredient is actually called Monosodium Glutamate (MSG). This case of mistaken identity is due to the fact that the brand has become bigger than the product, as the Japanese company who were the first to introduce MSG was called Ajinomoto. Ajinomoto means ‘essence of taste’ and the company did actually create a product true to its name, as it frequently causes a buzz across the globe, even though sometimes for the wrong reasons.

All From a Bowl of Soup

It is rightly said that a perfect dish is the coming together of all the ingredients in such a manner that each complements the other but doesn’t loses its own worth. Many years ago, a Japanese chemist called Kikunae Ikeda had discovered something unique while relishing his bowl of soup made by his wife who had used a type of seaweed called kelp to make a popular Japanese stock called dashi. Kelp or kombu has a distinct flavour but he couldn’t categorise it under sweet, salty, sour or bitter. Such was its impact on him that it eventually led to two things – the evolution of the fifth flavour known as umami and the rise of monosodium glutamate.

Ikeda’s year-long research revealed that the chemical basis of the umami flavour was a compound called sodium glutamate which was obtained from glutamic acid, that is naturally found in many ingredients. When the protein containing glutamic acid is broken down - by cooking, fermentation or ripening - it becomes glutamate.

He then went on to mass produce the compound in an attempt to enable the common people to make their everyday ordinary dishes more enjoyable by adding this extraordinary seasoning. Thus came in Ajinomoto.

The Food Additive That Could Cause Metabolic Syndrome

So how does MSG make food taste so good? The natural flavour enhancing abilities of glutamate in food varies greatly, but you’ll be surprised that it’s abundantly found in foods such as tomatoes, cheese, soybeans and dried mushrooms.

What MSG does is that it interacts with the other flavours (mainly salty and sour) and enhances the taste by triggering the umami receptors of your tastebuds. Try adding some dried mushrooms to your bowl of salad, a drizzle of soy sauce in your noodles or a sprinkling of parmesan on your pasta, and you have your umami experience right there. MSG also works extremely well with meat-based dishes, soups, stews and also stir-fried vegetables, rice or noodles.

The Not So Good Side of MSG

After MGS was discovered in the 1900’s news of it spread across the globe and as people tasted it, they just couldn’t have enough of it. It was suddenly everywhere – processed meats, tinned food products like tuna and soups, salad dressings, snacks, ice cream, chewing gum, ready-to-eat products, frozen products, baby food, you name it!

Promoted
Listen to the latest songs, only on JioSaavn.com
But then the Chinese Restaurant Syndrome kicked in when people started feeling ill after consuming MSG in Chinese food. With more and more people experiencing similar symptoms post the consumption of MSG and the medico-academic industry publishing numerous reports of its ill effects, it took a major downfall. Some of the primary complaints were headache, flushing, sweating, facial pressure, numbness, chest pain, nausea and weakness. Some studies even found that it can cause brain damage as well as eye problems for children.

CommentsThese reasons may have eventually led to MSG-containing foods being on the watch list. Perhaps the controversies around it will continue to fester, as food companies allege that there is no proper scientific data that has been found to support the various allegations.