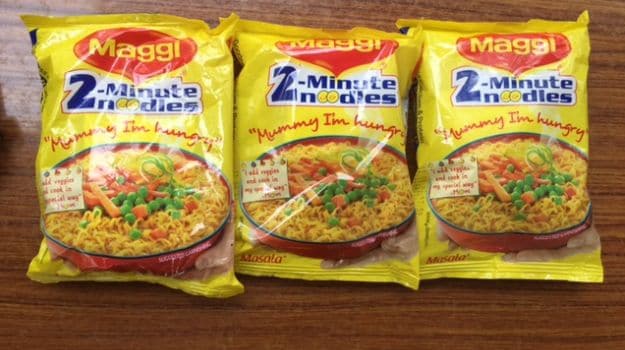 Shares of Nestle India surged over 7 percent on improvement in the company's net profit for the March quarter on a sequential basis. The stock climbed 7.44 per cent to settle at Rs 6,128.50 on BSE. During the day, it soared 7.92 per cent to Rs 6,156. On NSE, it advanced 7.2 per cent to close at Rs 6,121.65. FMCG major Nestle India yesterday reported a 41 per cent increase in net profit for the March quarter at Rs 259 crore as against Rs 183.19 crore in the previous quarter.

The company, which follows January-December as its financial year, had posted a net profit of Rs 320.2 crore during the same period a year ago. Commenting on the performance, Nestle India MD said: "Our results show further improvement in sequential performance, both in sales and margins. This is extremely satisfying as we move ahead and rebuild our business, particularly Maggi Noodles, after a tough year."

He further said: "Maggi Noodles has already regained leadership with over 50 per cent of market share within five months of relaunch." In June 2015, FSSAI had banned Maggi noodles following a Bombay High Court order, saying it was "unsafe and hazardous" for consumption after finding the lead content beyond permissible limits.