No Whey Forward: Future of Britain's Dairy Industry Hangs in the Balance 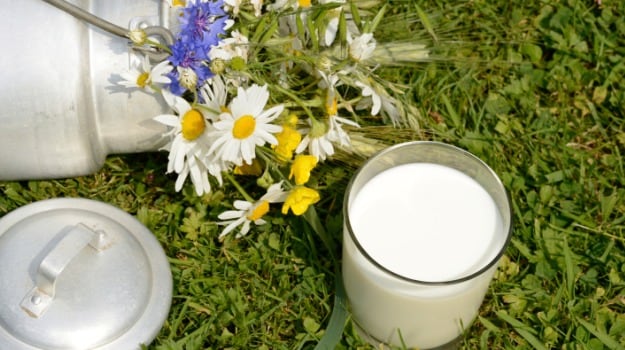 Years of falling milk prices could spell an end to the fresh, safely produced dairy products we take for granted

The number of dairy farmers in the UK has halved in the last decade, with falling milk prices the main cause. With the latest news of a major dairy cooperative forced to delay payments to farmers, and a price war among supermarkets, the sector is likely to decline further.

Dairy farmers are among the most sensitive to volatile pricing. Fresh milk has a short shelf life, so unlike livestock farmers who may have some choice over when to sell their meat, dairy farmers must take deliveries at the farm gate every day.

But their position has been increasingly precarious. For the first time in living memory, there are fewer than 10,000 dairy farmers in the UK, and that number is less than half those in 2002. Supermarket price wars have reduced the price of milk in the shops dramatically. In recent weeks, the money dairy farmers can expect to receive at the farm gate for their product has sunk to about 20p per litre - down from 33p a year ago. At the same time, energy and feed costs have increased, putting farmers in a double bind.

Milk has now fallen to below the price of bottled water, as Meurig Raymond, president of the National Farmers' Union,has pointed out, and is now below the cost of production for most farmers. The only way most of those producers can stay afloat is by relying on subsidies from the European Union under the Common Agricultural Policy (CAP). Big supermarket buyers know how much their producers are receiving from the CAP, and can therefore tailor their price cuts accordingly.

Raymond,a dairy farmer himself, said: "The recent milk price cuts from most processors have had a massive impact, with some farmers now facing their lowest milk prices since 2007 at around 20p a litre. Farm costs remain some 36 per cent higher than they were eight years ago and the single largest component of a dairy farm - animal feed - is more than 50 per cent higher than 2007 levels. This combination has left many producers under extreme financial pressure and fearing for the future of their dairy businesses."

Although prices have fallen for years, mainly as the result of supermarket competition and pressure on suppliers, in recent months the increasingly international market for milk has also played a part. Good weather in New Zealand and other major producers has led to a glut of dairy products - including dried milk, cheese, cultured milk and others - on the world market. A slowdown in the rate of growth in China is also playing a part, as middle-class consumers there were eagerly buying dairy products in bulk for the first time. Dairy sales abroad had increased 60% for UK farmers since 2009, before the current problems.

Some farmers have been dealing with the price falls by concentrating herds into "mega farms", in which hundreds of cows are housed together in massive sheds, fed on processed feed instead of grass, often never allowed to roam freely, and dosed frequently with medicine to keep them healthy. The economies of scale allow them to sell milk more cheaply, but the farms are a far cry from the vision of the countryside that many people still hold, and have faced local opposition.

Elizabeth Truss, the secretary for environment, food and rural affairs, recognised the problems facing the dairy industry in her address to Britain's farmers last week at the Oxford Farming Conference. She mooted the possibility of a futures market for dairy; vowed to cut the number of inspections of dairy farms; and to deal with bovine TB. She said: "This government has backed dairy and backed the food industry across the board. Since 2010, we have signed deals to open 600 overseas markets to British food and farm products. We are putting an emphasis on dairy as we seek new agreements."

These measures will take some time to come into effect, and there is no guarantee they will halt the decline. For consumers, falling milk prices may look like good news but we face a choice: fresh and safely produced milk, taken for granted for more than a century, is now expensive to produce in this country. Do we want a future of higher milk prices, or one of importing milk from other countries? Or one in which cows no longer see grass?