Of Wraps and Rolls... 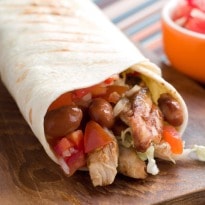 Simplicity! Something so foreign in today's gadget-friendly and complex world intertwined with superfast urban lifestyles, leaving little time to enjoy whatever we have. Less or more is subjective. For want for more, we all tend to miss what we have. Even in our eating habits,this urban complexity is leaving its traces. Restaurant menus are becoming more modern and complex, the products on grocery shelfs of a supermarket are so varied that one sometimes forgets what one was looking for in the first place.

While in school, I would be happy to eat a simple bun-samosa, a popular snack we used to get outside our school in a nondescript refugee market. Even a simple kulcha and seekh kabab roll with extra chutney and onions would satisfy my hunger after a game of tennis.

Speaking about wraps and rolls, we all have grown up with such edible stuff: a homemade paratha with scrambled egg or shammi kebabs rolled in a paper-thin roomali roti. Then, there are the famous Nizami kathi rolls, one of my all time favorites.

The kathi roll, in its original form, was a kathi kabab enclosed in a parantha. Over the years many versions have evolved and all of them now go under the generic name of kathi roll. Nowadays, any filling rolled up in any kind of Indian flatbread is called a kathi roll.

The kathi roll is said to have been started by Nizam's Restaurant in Kolkata in 1932. It was a layered parantha with a kabab filling. Nizam's earlier used steel skewers to roast the kababs but eventually started using bamboo sticks called kathi in Bengali, hence the name kathi rolls.They enjoyed the monopoly of selling kathis till other restaurants and takeaways caught up with them.

So this simple wrap-and-roll game has been there for quite some time, maybe unrecorded in gastronomic history as to who started rolling the food in flat breads, but numerous examples exist globally to prove it's more of a universal, convenient food.

There is the Arabic humus and humble falafal rolled up in pita bread, or sheverma rolls, or Moroccan flat bread with Moroccan chicken kababs or even the dal-poori, is a staple in Trinidad and Tobago, in which kababs and veggies are often rolled. The poori is a fried layered paranths stuffed with semicooked split peas.

The dal-poorie roll of Trinidad and Tobago is something that travelled from India with the indentured labourers many decades ago. It may have been a convenient tiffin food for the labourers to cook and carry to their workplaces without much fuss. Today it's become a popular street food in T&T.

I am sure most of us have our share of favorite wraps and rolls and wraps. I am going to share with you the recipes of my version of dal-poorie rolls of Trinidad and Tobago

Sift the flour with the baking powder and salt.
Knead flour to a soft dough.

Rub oil over the dough.

Make dough into 6 or 8 balls according to the size of the tawa. Leave to rest.

Boil the split peas with saffron, salt and a garlic clove and drain.

Grind the split peas with a small hot pepper and two garlic cloves.

I used my magic bullet to grind the split peas. It did an excellent job.

Add jeera and salt to taste. Mix well and set aside.

Open each ball of dough and place in the centre 2-3 tbsp. of split peas as the filling.

Pull the sides over and close up. Turn over and leave to rest.

Roll out the dough.

Grease the tawa and place the rolled out roti.

Grease the top, cook on one side, turn over and cook on the other side.

Be sure to press the edges of the roti.

When the dal-poorie is cooked and swells, fold and place in a bowl to cool.

Put the iceberg lettuce on it

Listen to the latest songs, only on JioSaavn.com
Spread the mustaed and mayonnaise

Add the chopped veggies and carefully roll the puri.