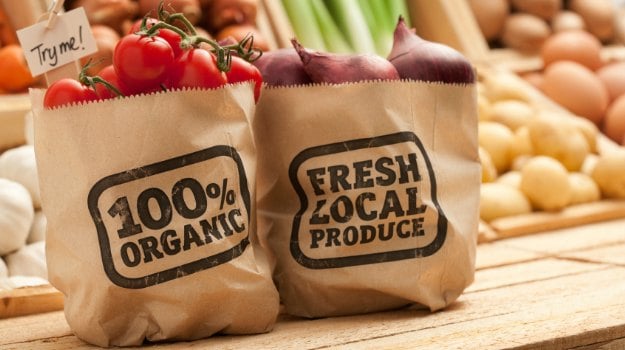 The organic food market in India is growing at 25-30 per cent, but the awareness about organic farming is still low in India despite huge spending, the government today said. It released a study which projected that the domestic organic food market would touch the USD 1.36 billion mark by
2020.

In 2014, the size of the organic food market, which is highly unorganised, was USD 0.36 billion, and organic pulses and foodgrains took the lion's share of the market, said the study prepared by industry body Assocham and TechSci Research. "The market is growing at 25-30 per cent at present. There is more potential to grow. The government is spending crores of rupees on organic farming. Despite this, not many people are aware of organic farming," State for Agriculture Mohanbhai Kalyanbhai Kundariya said at an event here.

"India is capable of growing all kinds of organic foods. Farmers should be educated to boost organic cultivation...Organic farming not only protects land and water resources, but also improves farm income," he added. According to the study, India's organic food market has potential to grow more than 25 per cent annually to touch USD 1.36 billion by 2020, provided there is more awareness about
these products and the government incentivises region-specific organic farming to ensure consistent growth in future.

"This would result in optimum utilisation of resources, cultivation of better quality food products and overall increase in productivity as well as consumption," it added. The study also recommended that organic producers should focus on pulses and foodgrains to maximise earnings, besides tapping export potential in the Middle-East and South-East Asia, which have high concentration of high net worth individuals.

CommentsThe current growth in the organic food market is driven by rising health consciousness, changing lifestyles, mounting disposable spending and growing availability of organic food products in shopping malls and retail outlets. More growth is expected in future as the government is increasingly supporting organic farming in the form of subsidies and is also planning to roll out a comprehensive
policy in this regard. As per the government data, organic farming is practised in 12 states in about 4.72 million hectares. In 2013-14, organic food production was 1.24 million tonnes.