Why Organic Foods Are Good For You 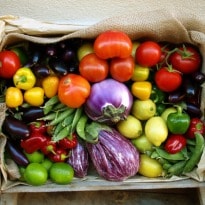 Organic foods are produced without the use of any chemical fertilizers and pesticides. They not only avoid industrial solvents or food additives but also use natural processing techniques. Therefore, they have added advantages like more antioxidants and less frequent pesticide residues.

A new study suggests that they may also posses properties that may help prevent cancer. The findings showed that without the use of synthetic chemical pesticides, organic plants tend to produce more phenols and polyphenols to defend against pest attacks and related injuries. These phenols and polyphenols can help prevent diseases triggered or promoted by oxidative-damage like coronary heart disease, stroke and certain cancers.

The team found that organic crops have several nutritional benefits that stem from the way the crops are produced. Crops on a conventionally managed field will typically have access to high levels of synthetic nitrogen, and will marshal the extra resources into producing sugars and starches. As a result, the harvested portion of the plant will often contain lower concentrations of other nutrients, including health-promoting antioxidants.

It was also noted that conventional crops are four times more likely to contain pesticide residues and organic crops may have lesser concentration of toxics like cadmium.

The study examined 343 peer-reviewed publications comparing the nutritional quality and safety of organic and conventional plant-based foods, including fruits, vegetables, and grains. The researchers applied sophisticated meta-analysis techniques to quantify differences between organic and non-organic foods.

Promoted
Listen to the latest songs, only on JioSaavn.com
The researchers concluded that people who switch to organic fruit, vegetables, and cereals would get 20 to 40 percent more antioxidants. The study appeared in the British Journal of Nutrition.