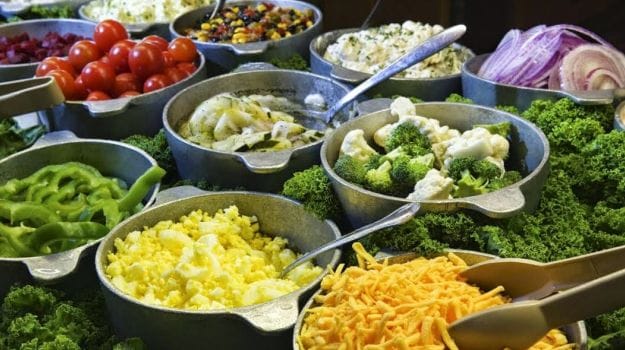 Over 1.5 lakh students taking coaching classes at various centres in Kota which is known for its numerous engineering and medical entrance exam coaching institutes, are served non-nutritious food cooked in unhygienic conditions in the canteens.

According to Food and Safety Cell of the district, the food served in the 228 registered messes and food centres was found to be of poor quality, low in quantity and cooked in unhygienic condition.

The food centres with a turnover of more than Rs 12 lakh per annum, charge Rs 1,800 to Rs 2,200 per month for two meals a day, Dr R N Yadav, Chief Medical and Health officer (CMHO), Kota said.
The official stated that his department's inability to carry out proper inspection at these food joints at regular intervals can be one of the reasons behind the poor food standard.

"We lack staff to constitute inspections teams. However, the department would initiate a special drive in July to inspect these messes and food centres," he said. Govind Sahay Gujjar, Food Inspector of Food Safety Cell, said that while granting licenses or registrations, the proprietors were asked to provide quality food, prepared in hygienic conditions, but no inspection was carried out after that.

(The Report on Faecal Matter Being Found in Street Food is Fake: Vendors)

As routine inspections, cooking conditions and quality of food is checked and not the menu, he said. The students studying at these entrance centres could not agree less with the findings. Lucky Sarasawat, who hails from Uttar Pradesh said that a meal contains four chapattis (small and thin), a small bowl of dal, seasonal vegetables and some rice.

Promoted
Listen to the latest songs, only on JioSaavn.com
"In the name of special diet we are served noodles, oily snacks and other fast food twice a week," he said. According to the department's report, fast food was found to be sold in open and in unhygienic conditions in Mahavirnagar, Rajiv Gandhi Nagar, Talwandi, Dadabari and Keshavpura, areas having renowned coaching institutes.

(Shocking News: How Unhygienic is the Street Food We Love To Eat?)

CommentsThe mess owners, however, claim that they serve quality food. "We make the best efforts to make students feel that they are having home-made food," they said. Meanwhile, a considerable number of food centres and messes in the area populated by students in the district, were found without registrations or licenses, the findings added.