Over 250 Gurdwaras in Britain Serving as Food Banks 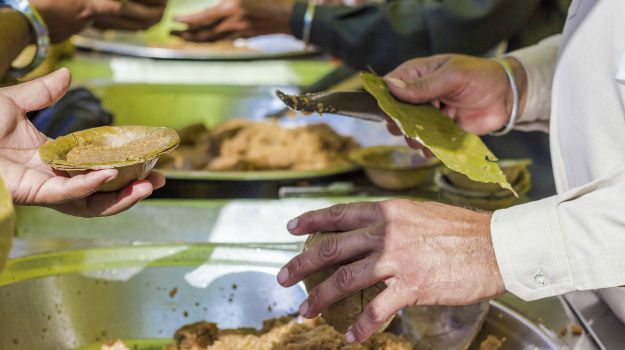 The Sikh community kitchens at gurdwaras in the UK are turning out to be food banks for homeless as the need for hot meals rises, according to new research. Nearly, 5,000 meals are being served to non-Sikhs each week by Britain's 250 gurdwaras and efforts are being made to take "langar" out of gurdwaras to fulfill its core objective of serving the whole community.

(Food Banks to be Set Up in Mumbai, Ahmedabad to Feed Poor)

"British Sikhs have established food relief organisations in cities across Britain. The Midland Langar Seva Society in Birmingham, Guru Nanak's Free Kitchen based in Doncaster and Edinburgh are some examples," Jasjit Singh, postdoctoral research and impact fellow at University of Leeds was quoted as saying by The Conversation.

Gurdwaras are playing an important role as food banks in which meals are offered free, and everything from the buying of the food, to the preparation of the meals, is based on donations, it reported.

The trend is not just confined to Britain, according to Singh who is carrying out a research on the religious lives of young Sikhs in Britain. "In Canada, the Seva Food Bank serves food to low-income families. In Los Angeles, the Khalsa Food Pantry and Khalsa Peace Corps provide meals to the destitute, while the Sikhcess project provides food and clothing to the homeless in a number of local communities across the US," Singh said.

The idea of 'langar' as a community kitchen was developed by Guru Nanak, the founder of the Sikh religion, in his settlement at Kartarpur, now in Pakistan. It was developed as a practical  manifestation of his teachings where devotees were encouraged to work hard and share the fruits of their labour. Sharing a langar which includes cooking, serving, eating and cleaning up emphasised the idea of equality beyond any categorisations of caste, gender, social status, ethnicity, or religion.