Packed Lunches May be Banned in British Schools 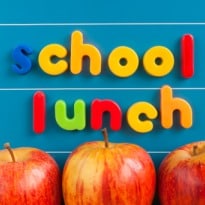 The government aims to ensure that students can make up to 20 dishes, the Daily Mail reported.

Education Secretary Michael Gove is considering a ban on packed lunches as part of the battle against child obesity.

A fast food chain has been tasked with the campaign for preparing better school meals.

The campaign wants pupils to be banned from bringing in packed lunches or leaving the school at lunchtime, at a time when only 40 percent of children eat school meals.

It suggested that parents should spend the two billion pounds that annually goes on packed lunches on school meals instead.

CommentsThe campaign said the majority of packed lunches are normally a sandwich, chocolate bar, packet of crisps and an apple, which is often put back in the lunchbox again and again even when brought home by pupils.