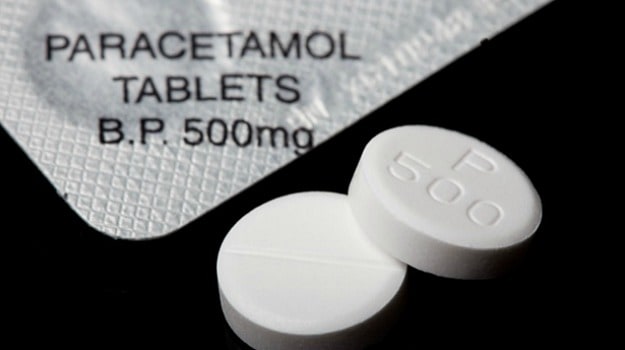 Some are calling for doctors to stop prescribing paracetamol for back pain and arthritis. Photograph: Alamy

Researchers want doctors to rethink endorsement of the drug, which they say is no more effective than a placebo for these conditions.

Paracetamol does not relieve back pain and offers almost no help to people with arthritis in their hips or knees, according to research. The findings have led to calls for doctors to stop prescribing the painkiller, which is commonly used to treat those conditions.

"Paracetamol is ineffective in the treatment of low back pain and provides minimal short-term benefit for people with osteoarthritis," concludes the study, which is published in the British Medical Journal.

"These results support the reconsideration of recommendations to use paracetamol for patients with low back pain and osteoarthritis of the hip or knee in clinical practice guidelines," the authors add.

An estimated 10 million Britons are affected by pain, with the condition believed to lead to the loss of many millions of working days, including some 4.9m a year from work-related back pain. The findings have put pressure on the National Institute for Health and Care Excellence (Nice), which advises the NHS on what treatments are worthwhile.

Nice caused controversy last year by continuing to endorse the use of paracetamol for osteoarthritis, despite concerns about its effectiveness and safety. However, when it was updating that clinical guideline, the Medicines and Healthcare Products Regulatory Agency began a review into the safety of over-the-counter medicines generally, including paracetamol.

Nice has therefore decided to wait until the MHRA has finished before looking again at the evidence for how drugs, including paracetamol, can potentially relieve the pain of osteoarthritis. It also advises that patients with sore hips or knees caused by arthritis should use physical activity and exercise, and seek to slim down if they are overweight or obese, to relieve their condition.

The institute also currently recommends the analgesic as a treatment for lower back pain. However, its guideline containing that advice is being updated as part of an ongoing review process. "As for any guideline update, any new relevant evidence that becomes available will be taken into account as part of the update," the spokeswoman added.

The research says that the evidence to support Nice's recommendations is weak and inconsistent, and that there may be safety issues from taking the recommended full dose of paracetamol, which is up to 4,000mg a day.

It was led by Gustavo Machado, from the George Institute for Global Health at the University of Sydney. He and his team reviewed 13 randomised controlled studies which had looked into the safety and effectiveness of paracetamol for lower back pain and osteoarthritic pain.

With osteoarthritis, "our results show only a small, clinically irrelevant benefit of paracetamol for pain and disability at short-term follow-up", the authors add. In addition, large doses of the painkiller - above 4,000mg a day - can produce dangerously large amounts of a toxic metabolite, which can lead to liver failure.

The researchers want doctors and those who draw up clinical guidelines to rethink their endorsement of paracetamol, which they say is no more effective than a placebo. Exercise, especially strengthening exercises, may be just as effective as the painkiller for both conditions, they say.

"Our results therefore provide an argumnent to reconsider the endorsement of paracetamol in clinical practice guidelines for low back pain and hip or knee osteoarthritis.