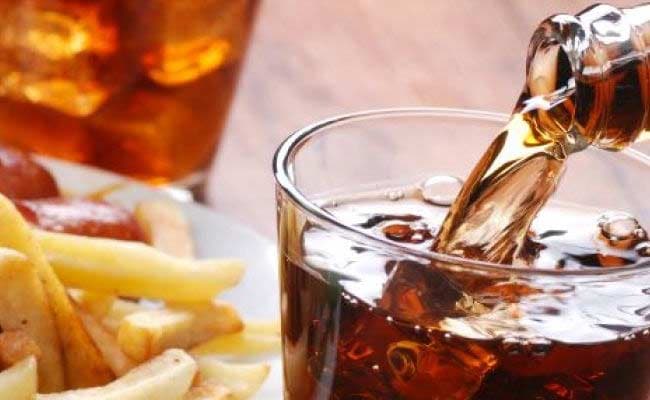 PepsiCo Inc reported a better-than-expected quarterly profit as it trimmed costs and demand rose in North America for its snacks, which include Cheetos and Lay's chips. The company's shares rose as much as 0.8 percent to $104.59 in morning trading on Monday.

PepsiCo has handled sliding demand for fizzy sodas better than rival Coca-Cola Co as its snacks business has offset much of the impact of a shift in consumer tastes to teas, fruit juices and smoothies. The maker of Tropicana juices is also trying to attract health-conscious consumers with snacks such as Smartfoods Delight popcorn and gluten-free Quaker oats.

Sales in its North America snacks business, which accounts for over a quarter of total revenue, rose 3 percent in the first quarter ended March 19. Global beverage volumes rose 3 percent, excluding the impact of currency, acquisitions and divestitures - the highest quarterly growth in almost three years.

Demand was strong for its Naked cold-pressed fruit and vegetable juices and Lipton teas, the company said.

"We broadened our beverage portfolio to lessen our reliance on colas..." Chief Executive Indra Nooyi said, adding that just 12 percent of revenue now comes from Pepsi colas and less than 25 percent from fizzy drinks globally.

PepsiCo maintained its 2016 forecast of a profit of $4.66 per share and a growth of 4 percent in revenue, excluding the impact of currency, acquisitions and divestitures and an extra week. Chief Financial Officer Hugh Johnston said the forecast reflected a "highly volatile and uncertain" macro environment in some markets, including Brazil and eastern Europe.

Total sales fell 3 percent to $11.86 billion, the sixth straight quarter of decline, hurt by a strong dollar and weakness in Latin America and Europe. Sales slumped 26 percent in Latin America, partly due to the exclusion of its Venezuelan business. Sales fell 9.1 percent in Europe and sub-Saharan Africa.

The net income attributable to PepsiCo declined 24 percent to $931 million, or 64 cents per share, hurt by a $373 million charge related to its interest in Tingyi-Asahi Beverages Holding Co Ltd. Excluding items, PepsiCo earned 89 cents per share, beating the average analyst estimate of 81 cents, according to Thomson Reuters