Pesticide Poisoning is the Most Common Method of Suicide: WHO 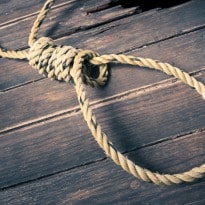 A latest report released by World Health Organization (WHO) reveals some astonishing facts about suicide, the second leading cause of death in 15-29 year-olds globally. The report - 'Preventing Suicide: A Global Imperative' is a result of a decade-long study conducted by the organization.

"This report is a call for action to address a large public health problem which has been shrouded in taboo for far too long," says Dr Margaret Chan, WHO Director-General. It states that pesticide poisoning, hanging and firearms are among the most common methods of suicide globally. Further, it stresses on the fact that consuming pesticides "is of particular concern in rural agricultural areas in the South-East Asia Region" which includes India.

According to WHO, 800,000 people die by suicide every year globally and about 30 percent of them kill themselves by consuming pesticides, most of them in low and middle income countries. Since most suicides happen impulsively, easy access such as pesticides or firearms can hugely affect a person's decision. Pesticide poisoning is most common in rural regions as the chemicals are easily available in those areas.

The report suggests that though it may be difficult to restrict the availability of pesticides and other means of suicide, "effective measures need to be taken at local level and on a small-scale."

We've known that mental disorders, particularly, depression and alcohol are some of the most common reasons. But the reports also says that 'many suicides happen in moments of crisis with a breakdown in the ability to deal with life stresses, such as financial problems, relationship break-up or chronic pain and illness.'

WHO recommends that reducing access to means of suicide is one way to reduce deaths. "This report, the first WHO publication of its kind, presents a comprehensive overview of suicide, suicide attempts and successful suicide prevention efforts worldwide. We know what works. Now is the time to act," said Dr Shekhar Saxena, Director of the Department of Mental Health and Substance Abuse at WHO.


Suicide capital - One in every three suicides happen in India

Listen to the latest songs, only on JioSaavn.com
Every 40 seconds, a suicide is committed somewhere and India along with Nepal, Indonesia and North Korea, accounts for almost one third of the global total. In 2012, it has been estimated that 2.5 lakh people killed themselves in India. Despite these shocking statistics, it has been seen that the suicide rate has come down between 2000 and 2012 by 9.2 percent, from 23.3 to 21.1 per thousand.

Tragically, the youth seems to be most vulnerable as the report suggests that maximum suicides were committed in the age group of 15 to 29 years.

CommentsWith World Suicide Prevention Day (10th September) around the corner, this report has been launched just in time for raising awareness about suicide and suicide prevention around the world.