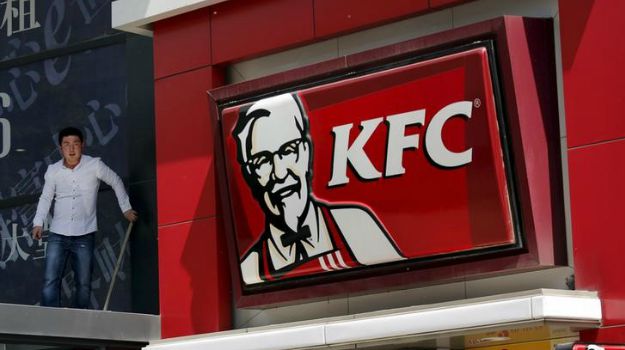 The Madras High Court today ordered notice to the Centre and Tamil Nadu on a PIL seeking constitution of an expert committee to collect and test random food samples from retail outlets of Kentucky Fried Chicken and those selling Nestle products, among others.

Petitioner R Devarishi, an advocate, also sought similar action on YUM products, KurKure, Heavens Chickens and Marrybrown and to file a report within a stipulated time. Justices S Manikumar and G Chockalingam then ordered notice to the Home Secretaries of the union government and Tamil Nadu and sought their replies in four weeks.

Devarishi also sought cancellation or withdrawal of all licenses to these products by conducting a preliminary enquiry into ingredients of the eatables and shutting of all wholesale and retail outlets if the enquiry proved positive and the samples contained 'poisonous substances.'

(Coke, KFC - Sticking to Their Century-Old Secret Formula? Maybe Not)

He submitted that food analyst A V Krishna Kumari from Andhra Pradesh had confirmed the presence of E-coli and salmonella bacteria and concluded that samples from five KFC outlets in Hyderabad were unsafe for consumption. However, KFC has claimed there was no possibility of any microbial developments in its food as it was freshly cooked at 170 degrees, he said and pointed out that Telagana food lab tests had revealed KFC samples contained harmful Pathogens.

Listen to the latest songs, only on JioSaavn.com
(When the Chips are Down: KFC Stops Selling French Fries)

The petitioner submitted that Andhra Pradesh Lokayuktha had issued notices to that state and Telangana, asking them to submit a report by August 5 after NGO 'Balala Hakkula Sangham' approached it, seeking orders to both governments to close down KFC outlets in view of the 'harmful pathogens' in the food.

Devarishi said new diseases were cropping up and causing untold health hazards and causing premature deaths. Though he had sent representation to the officials concerned, seeking testing of the food, no action had been taken so far and so he had moved court, the petitioner said.

Make Coconut (Nariyal) Barfi With Bread In Just 15 Mins - Watch Recipe Video
Chocolate Samosa Inside Pav Is The Latest Viral Food Combo. Would You Try It?