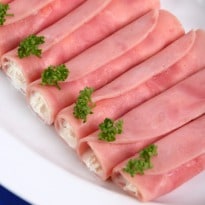 Do you feel a sandwich is incomplete without a thick slice of salami or ham? Do you endorse crispy bacon as daily food? Then it's time you gave your choice of food another thought.

A recent study has uncovered that men who eat moderate amounts of processed red meat like ham, salami, sausage, bacon or hot dogs are generally more prone to heart failure and as a result death. (Read more: Iron in red meat can damage your heart)

This research was the first of its kind and examined the effects of processed meat and unprocessed meat on 37,035 men between the ages of 45 and 79. These men had no history of heart failure, ischemic heart disease or cancer and were asked to complete a questionnaire about their food intake and other lifestyle factors.

It is known that processed meats are preserved by smoking, curing, salting or adding preservatives. "Processed red meat contains sodium, nitrates, phosphates and other food additives. Smoked and grilled meats also contain polycyclic aromatic hydrocarbons. Together all of these may contribute to an increased risk of heart failure" said  Alicja Wolk, a professor from the Institute of Environmental Medicine at Karolinska Institutet in Stockholm, Sweden.She added, "However, unprocessed meat is free from food additives and usually has a lower amount of sodium."

Joanna Kaluza, an assistant professor at Warsaw University of Life Sciences in Poland  explained "To reduce the risk of heart failure and other cardiovascular diseases we suggest that people avoid processed red meat and limit the amount of unprocessed red meat to one or two servings per week."

To conclude, researchers said that those who eat meat should choose lean meats and poultry without the skin. They should also eat fish at least twice a week and preferably fish high in omega-3 fatty acids like salmon, trout and herring.