Rahul Khanna often posts beautifully framed pictures of his breakfast and they're a real treat for the eyes! 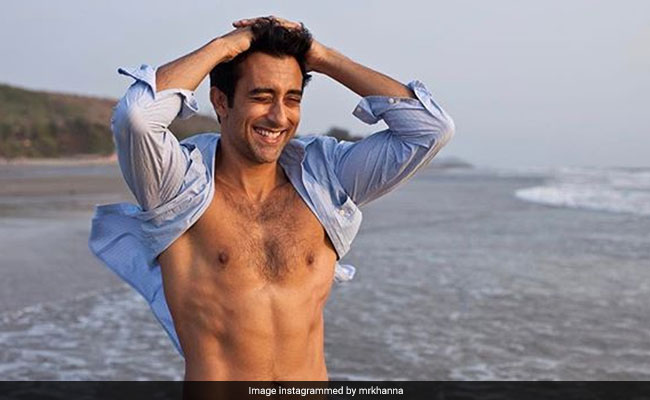 Highlights
Listen to the latest songs, only on JioSaavn.com
Rahul Khanna has more to offer his followers on social media than just charming smiles and a peek at his wonderful visage. There's something that the charismatic actor never fails to post - besides pictures of his adorable pet dog - and that is, beautifully framed pictures of his breakfast. The actor clearly has a penchant for composing frames as clean and symmetrical as the food on his plate and they're a treat for the eyes. For anyone who loves order and is a neat freak, one look at Rahul Khanna's Instagram timeline can be therapeutic!

Rahul Khanna seemingly loves breakfast (honestly, who doesn't?) and often shares pictures of healthy, yet tempting dishes on his Instagram page. What we mostly spot on Mr Khanna's breakfast plate is high protein foods like eggs, sausages and a mix of greens, along with black coffee to give a good kick start to the metabolism. He seemingly never eats any greasy food. Well, that figures, given his fit body and his confident shirtless poses. Here's just a small peak into Rahul Khanna's immense love for breakfast:

That looks scrumptious, doesn't it? Rahul captioned the picture as, 'Am I the only one who goes to sleep dreaming about tomorrow's breakfast?' No you're not Rahul!

Never before has healthy grub looked so inviting!

Got to load up on some protein! Also, what a superb top-down capture! We all need to start taking food photography tips from Mr. Khanna.

But it's not all about healthy food for Rahul Khanna. He does have his cheat days too!

Talk about fancy thalis! It seems like Mr. Khanna likes to keep it classy on the plate too, as is the case with his looks and sartorial sense.

Oh and the man loves his avocados.

He even packs them in with his essentials when going on a trip!

The savory green fruit has emerged as a superfood in the recent times, with nutrition and diet experts recommending it for maintaining nutrient balance in meals. No wonder that Mr. Khanna loves the versatile fruit that can be used in many fun and creative ways. On the work front, Rahul Khanna was last seen in Bollywood super hits Love Aaj Kal and Wake Up Sid. He has also worked in many television series such as The Americans and the Indian remake of 24.