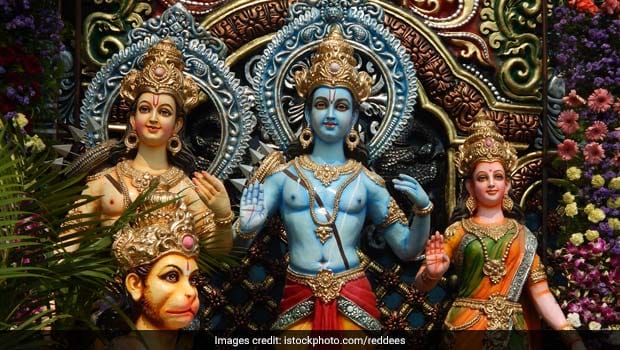 As we are excitedly celebrating the pious festival of Navratri, we are also inching towards another holy day - Ram Navami. This day commemorates the birth anniversary of Lord Sri Rama, who is believed to be the seventh incarnation of God Vishnu. Lord Rama is the revered God in Hindu religion on whom the consecrated epic Ramayana, is based. On the occasion of Ram Navami, prayers are offered to Lord Rama to ask him to bestow prosperity and blessings on devotees. Ram Navami falls on the ninth day of the Chaitra month, which marks the end of Navratri. Devotees, who have been observing fast throughout Navratri, break the fast on this day. However, they eat only satvik food or vrat ka khana without onions and garlic.

During Navratri, the nine incarnations of Goddess Durga are worshipped. The practice is culminated with 'kanjak puja', mostly seen in North India. Tradition dictates that nine young girls, who have not attained puberty yet, are invited to homes, worshipped and offered kanya bhoj. The customary feast usually comprises poori (Indian puffed flat bread), kaale chane, sooji ka halwa and some fruit.
This year, Ram Navami would be celebrated on both 13th and 14th April 2019.

(Also Read: Ashtami Date, Significance And Foods To Celebrate With)

If you are also planning to celebrate Ram Navami in its most elementary form, try the following recipes shared by famous YouTuber and Indian food blogger, Manjula, on her widely-followed channel - Manjula's Kitchen.

(Also Read: These Foods Are Offered In South India During Ram Navami)

The kanjaks are offered the bhoj in the morning and only after that, the family can eat the food. The delicious Navami feast can be amplified by adding aloo ki sabzi, raita or kheer. The grand thali is sure to make this religious feast a real culinary treat.