Ram Navami 2020: Did You Know These Foods Are Offered as Naivedyam in South India?

Ram Navami 2020: As the name suggests, Ram Navami marks the birth of Lord Rama, an important day in the Hindu calendar. 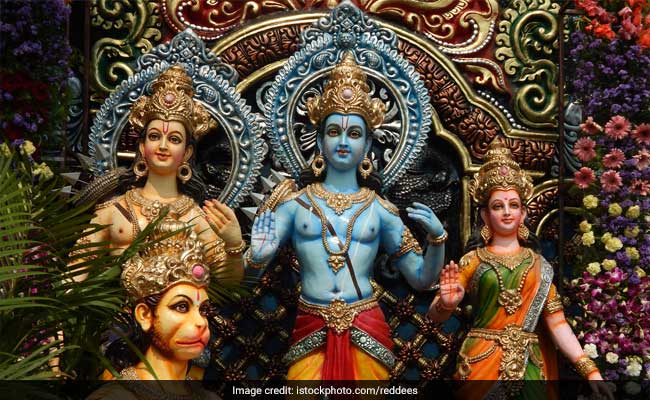 Ram Navami 2020: Ram Navami is the culmination of Vasanta Navratri. As the name suggests, it marks the birth of Lord Rama, an important day in the Hindu calendar. Lord Rama, who is also known as the seventh avatar of Lord Vishnu, was born to King Dasharatha and Queen Kausalya. The day falls on the ninth day of the Chaitra month, which is also the last day of the Navratras. This lends it the name Chaitra Masa Suklapaksha Navami. This year, Ram Navami is celebrated today, 2nd April, 2020.

Though Navratri may be celebrated with greater fervour in North India and Gujarat, Rama Navami is one of the most important festivals in the southern part of the country. Tamil Nadu, Andhra Pradesh, Telangana and Bihar, in particular, have many ceremonies related to this auspicious day. In Bhadrachalam, a Hindu pilgrimage site in Southern India, this day is also believed to be when Lord Rama married Sita. Rameswaram Temple is another holy site where this day is celebrated with great fanfare, besides Ayodhya in Uttar Pradesh.

Rituals and celebrations around Ram Navami

As Lord Rama was said to have been born at noon, that is the time when most prayers happen in temples across the country. Continuous recitals, especially of the Ramacharitamanas are organised in the preceding days and they conclude on this particular day. A cradle is decorated and an image of infant Rama is placed in it. This is rocked by devotees wanting to pay homage to the gods. In Bhadrachalam and many other temples in the south, a ceremonial wedding ceremony of Lord Ram and Sita (called Sitarama Kalyanam) is also held on this day.

Indian ceremonies usually have food as an integral part of them and Ram Navami is no exception. In South India especially, certain foods are offered as prasadam to Lord Rama. These traditional offerings are prepared with humility on this particular day as part of the celebrations. This offering given to god before consuming yourself is called 'naivedyam'. These include:

This drink is easy to make and the most important prasad offered today. It is a cooling drink and perfect for the weather on the onset of the hot summers. It is made with jaggery, cardamom and dry ginger. It requires no cooking, in fact, it can be stirred up in a matter of minutes. Here is an easy recipe for Panakam:

1. Add jaggery to the water in a vessel and let it sit for 20 minutes.

2. Stir with a spoon and ensure that all the jaggery is dissolved.

As Chaitra is a hot month, the offerings in this festival are all 'cooling' in nature. Neer Mor is a sort of diluted buttermilk which is also prepared as prasadam in Tamil Nadu.

This is a light salad prepared on Ram Navami. It is essentially moong dal which is soaked in water for an hour. When it has soaked the water well, drain, add salt, chopped green chilies and grated coconut. This is offered as is to the gods. If you wish, you can also add some grated raw mango on cucumber.