Reducing Consumer Food Waste Could Save $300 Billion Yearly by 2030 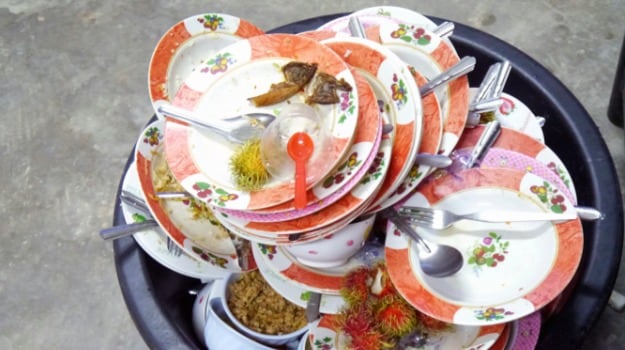 Reducing consumer food waste could save the global economy up to $300 billion annually by 2030 as one third of all food produced worldwide ends up being discarded, a research group said on Thursday. Globally, the food wasted by consumers is worth $400 billion a year, and this could jump to $600 billion in the next decade, as the profligate middle class expands in developing countries, the group said.

Cutting the amount of food consumers discard by between 20 and 50 percent could save between $120 and $300 billion yearly by 2030, said the report for the Global Commission on the Economy and Climate, an international group chaired by former Mexican President Felipe Calderon.

"It also means more food available to feed the estimated 805 million that go to bed hungry each day."

The UK-based Waste and Resources Action Programme (WRAP), which produced the report for the Global Commission, is in a partnership with U.N. agencies including the Food and Agriculture Organization to give consumers tools for preventing waste.

In the United Kingdom, a programme to improve efficiency - the Love Food Hate Waste campaign - helped households reduce food waste by 21 percent between 2007 and 2012, saving a total of 13 billion pounds ($20.1 billion), the WRAP report said.

In developing countries, about 25 percent of food waste could be eliminated with better refrigeration equipment, WRAP said. Consumers are responsible for the majority of discarded food in developed countries, often as a result of buying too much at the grocery store or cooking too much, while most of the developing world's waste happens before food reaches consumers.

Along with improving economic efficiency, reducing waste has big implications for the environment.

An estimated 7 percent of all greenhouse gas emissions, the equivalent of 3.3 billion tonnes of carbon dioxide, are due to wasted food, the report said.