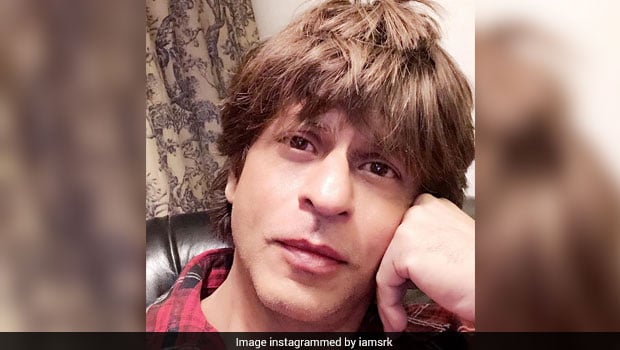 Highlights
Shah Rukh Khan has started the New Year with a bang, by dropping the title announcement of his latest film Zero. The short trailer of the movie, in which Shah Rukh is portraying a dwarf character, was shared on his social media pages, making the websphere buzz with excitement. SRK being SRK, didn't waste any time in making the first day of the new year special for his fans and made the movie announcement on his Twitter page on Monday. The pint-sized avatar of King Khan in the short trailer has already won a million hearts, with his fans and industry buddies expressing their eagerness to see more.

But unlike his Zero avatar, King Khan's love for food and especially coffee, is nothing but 'Grande'. Much is already known about Shah Rukh Khan's diet and fitness regime, but did you know that Shah Rukh is a coffee lover?

Yes indeed! King Khan had previously admitted to having as many as 30 cups of coffee a day! Shah Rukh has often tweeted about his love for coffee and it's pretty clear that the beverage is his regular companion during busy work schedules. Take a look:

Rain waali coffee! Don't we all love to have a hot cuppa joe while it rains? Pure bliss!

At times its best 2 sleep with the smells you recognise as your ownI sleep surrounded by smokey, musky, caffeiny & my quilt smells of sleep

Caffeine can keep you awake, but the smell of coffee has something so seductive, it can help you relax and put you to sleep. We get you SRK.

Early morning wait for a train. Coffee and a book to go with it. Holiday done! pic.twitter.com/5ctEsqtbbd

All introverts will really relate to this. SRK's idea of a perfect holiday involves a book and a mug of coffee. Doesn't that make you love him even more?

Shah Rukh loves his coffee so much that he even got himself a special digitized coffee mug. Now where can WE get that from?!

Don't we all NEED that cup of coffee, before starting work?

Apart from keeping you awake, coffee has a ton of other health benefits including boosting the metabolic rate and helping in weight loss. No wonder then that the drink has found favor with the king of Bollywood. Now all we're wondering is if the King will ever consider having coffee with us?