He came, he saw and he conquered every bit of what he set his eyes on. The Badshah of Bollywood Shah Rukh Khan would be ringing in his 52nd birthday on the 2nd of November. The actor completed 25 years in the Hindi film industry this year and what a ride has it been for the Delhi-born actor. 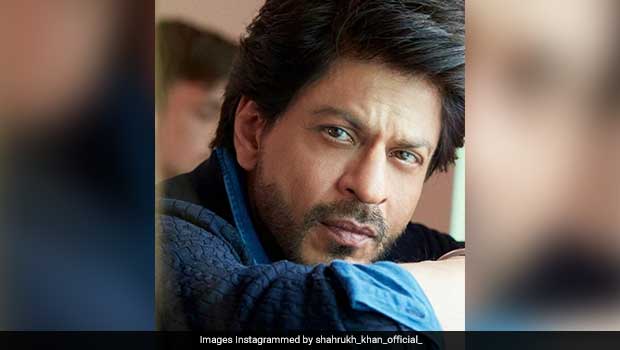 He came, he saw and he conquered every bit of what he set his eyes on. The Badshah of Bollywood Shah Rukh Khan would be ringing in his 52nd birthday on the 2nd of November. The actor completed 25 years in the Hindi film industry this year and what a ride has it been for the Delhi-born actor. Starting out as a lover boy in ‘Deewana’ (1992) to scaling heights as the king of romance in ‘Dilwale Dulhaniya Le Jaayenge’  and Kuch Kuch Hota Hai to giving us fitness goals at 42 with his famous six-pack abs in Om Shanti Om, Shahrukh has done it all. The actor also went on to flaunt some perfectly sculpted eight pack abs in the movie Happy New Year(2015). A fine actor, a successful producer, an entertainer par excellence, and a doting father, Shah Rukh Khan wears all his hats effortlessly. Shahrukh is also a fitness icon to a million and here’s a quick sneak peek to his fitness and diet secrets.

Shah Rukh trains intensely for 45 hours about 5 times a week, which is usually late in the evening. His training is a mix of rehab workout, cycling and cardio.  His trainer Prashant focuses on one body part at a time from legs, to abs to calves and covers all the body parts by the end of the week.  SRK makes it a point to never miss out on his training schedule and sticks to his workout routine, except when he is busy with promotions or is asked to rest because of his injuries. An hour before his workout he takes a quick fill of proteins and carbs, and a protein shake after his workout.  Shah Rukh consumes multiple meals through the day in short intervals of time. His protein filled diet includes a combination of non-fat milk, skinless chicken, egg whites, legumes and lean cuts of meat. He also takes a lot of grilled or raw veggies. His diet is devoid of any refined grains and artificial sugar, he supplements it with fresh fruits. He also keeps himself hydrated at all times with water, and fluids like coconut water and fruit juices.

Shah Rukh can’t live without coffee and sometimes has even 30 cups a day! The actor professes his love for coffee in this tweet.

At times its best 2 sleep with the smells you recognise as your own…I sleep surrounded by smokey, musky, caffeiny & my quilt smells of sleep

Shahrukh may not enter in the kitchen often but he does harbor a penchant to cook. That’s him trying his hand at cooking while crooning to Bob Dylan.

He may have a planned lunch and dinner, but sometimes the actor does go out of his way to try something new.
“Lunch break on set. But how do u eat sumthing that looks so scary & has 3 hearts!” he captioned the image.

CommentsAn avid lover of sports, Shah Rukh is always keen on the Indian youth being more actively partaking in sports. That’s him after a quick badminton match with the Olympic gold medallist Saina Nehwal.