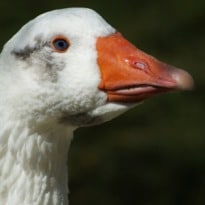 With the outbreak of avian flu in neighbouring Kerala, Tamil Nadu Government today announced a series of measures to prevent its spread in the state, including suspending transportation of chicken and destroying eggs meant for hatching.

Chief Minister O Panneerselvam, who chaired a review meeting with his senior cabinet colleagues and officials to take stock of the situation, said there was no outbreak of the avian flu in Tamil Nadu.

The government will suspend transportation of chicken, and eggs meant both for consumption and hatching, and return the Kerala vehicles carrying these at border checkposts, he said. Commissioners of Transport and Revenue will lead this effort with the assistance of officials of Animal Husbandry, he said in a statement here.

"Steps have been taken to destroy poultry eggs besides that of ducks which had been procured from Kerala within the last one month," he said.

Promoted
Listen to the latest songs, only on JioSaavn.com
Other measures include constant monitoring of the health of poultry in the state besides increasing the same in districts bordering Kerala, forming 800 teams for preventive purposes and monitoring the health of migratory birds, he added. A 24-hour control room has also been set up here.

A report from Namakkal, a major poultry hub of the country, quoting District Collector Dr V Dhakshinamurthy said there was no spread of avian flu in the district. Teams comprising veterinary doctors conducted checks at poultry units and found no spread of the disease, Deputy Director of Animal Husbandry department Sakthivel said.

CommentsA Udhagamandalam report said officials from Animal Husbandry and Health department stopped 30 lorries, carrying chicken and ducks from Kerala at Soladi and Cherampadi checkposts. Kerala has began culling of ducks and chicken in three districts affected by the bird flu.