We round up some of Chennai's finest Kerala cuisine restaurants 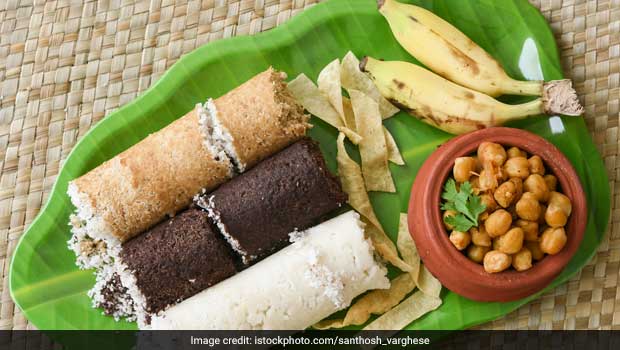 It's tough to keep track of the number of Onam food promotions in Chennai. Each year more restaurants join the bandwagon and yet it's still not unusual to spot crowds waiting in line to sample the quintessential Kerala Sadya (banana leaf meal) at popular restaurants like Ente Keralam. Until the 2000s, you had to choose between dining at upscale South Indian restaurants like Dakshin or Southern Spice that were the preserve of luxury hotels or opt for a shack-like experience at eateries like Nair Mess that enjoyed a cult following with Chennai's large Malayalee community.

Chennai's IT/ITES and engineering boom has seen a whole new generation of Malayalees move to Chennai. The city's changing food culture has also seen a growing band of evolved foodies keen to dig into authentic Kerala cuisine. Ente Keralam became one of the restaurants that bridged the gap between luxury hotels and hole in the wall establishments that began to mushroom across the city. More recently, Kappa Chakka Kandhari has raised the bar for Kerala cuisine in Chennai with its focus on authentic home-style 'Nadan' recipes. We round up some of Chennai's finest Kerala cuisine restaurants:

(Also Read: 6 Of The Best Chennai's Al-Fresco Dining Venues That You Must Try)

1. Kappa Chakka Kandhari: The restaurant takes its name from three ingredients almost unique to Kerala cuisine - tapioca, jackfruit and the Kandhari chilli. KCK is built on a simple philosophy - put the spotlight on dishes these promoters enjoyed back in their childhood and make it relevant for a whole new generation. The promoters travelled across the different culinary regions of Kerala to put together a voluminous menu. Almost all the ingredients used in KCK are sourced from Kerala to retain the authenticity of the flavours. It's certainly paid off. This is one of the finest Kerala restaurants in Chennai. Their Kottayam-style idiyirachi (beef fry) and chenna (yam) fry are the pick of their small plates. The menu has quite a few surprises - even for true-blue Malayalees. Try the Ramasseri Idli, a unique culinary tradition that is still being kept alive by four families near Palakkad. These flat idlis are cooked in jackfruit leaves in earthen pots and served with a flavourful Palakkad-style sambar or a chicken curry. The Kappa biryani (with tapioca and beef) is an absolute must-try.

2. Ente Keralam: Almost since its launch in the 2000s, Ente Keralam set the benchmark for stand-alone Kerala restaurants in Chennai. The restaurant has not just found the balance with a menu that brings together culinary specialties from the state's many regions and communities but also keeps bringing culinary experts from Kerala for well-executed food promotions. One of my favourite menus here was a Toddy Shop promotion that put the focus on scrumptious cuisine from central Kerala's toddy shops, now a magnet for locals and gourmands alike. Their 'set meals' and platters are a great way to explore their exhaustive menu. Do check out some of their signatures like the vazhapoo (banana flower) cutlet, the erachi ularthiyathu (Syrian beef fry), Thiruvananthapuram-style chicken fry or the ever popular Karimeen (Pearl spot fish) pollichathu.

3. Kalpaka: This place has survived the test of time largely because of a couple of signature dishes that regulars keep coming back for. The interiors haven't changed much and the pricing is still quite affordable. The restaurant's popular dishes include the Malabar parotta, beef fry and egg roast.

4. Kumarakom: It is one of Chennai's best-known Kerala restaurant brands, spread across multiple locations. The chain finds a balance between food quality and value for money, one reason why Kumarakom tends to get quite busy during weekends. This is one restaurant that gets their appams usually right. Regulars swear by their duck roast, roast beef and karimeen polichatthu.

Where: Multiple locations including Kodambakkam High Road, Velachery and Perungudi.

5. Nair Mess: This place is tucked away in one of Triplicane's many narrow alleys and is not far from Chennai's iconic MA Chidambaram cricket stadium. For long, this was the ultimate comfort zone for working professionals from Kerala who craved for the flavours from home. Today, almost every area in Chennai has a similar eatery. Old timers still swear by their meals, fish fry and fish curry.

6. Ikkakas: This new, casual eatery puts the focus on Malabar-style snacks and signatures. The menu has some traditional North Kerala snacks like the unnakaya (stuffed banana) and the kallumakaya nirachathu (stuffed mussels). Seafood is a recurring theme in this menu and the Malabar-style biryanis are a major draw here too.

So whether you're looking at going the 'whole hog' with a large Kerala Sadya or a light snack for dinner, head to one of these restaurants for your Kerala cuisine fix in Chennai.