Kerala to Introduce 'Fat Tax': 14.5% to be Levied on Fast Food Chains like McDonald's 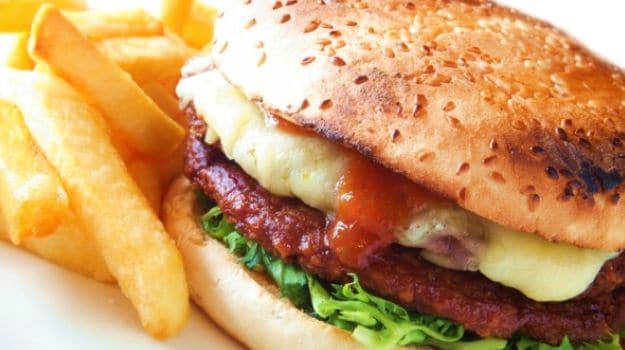 Highlights
Unlike its western counterparts, India is still new to the concept of 'Fat Tax'. With Kerala government ushering in the move, Fat Tax in India finally assumes reality.

As a measure to tackle the increasing rate of obesity, Kerala is all set to introduce the first ever 'fat tax' to be levied on junk and fast food items. In his budget speech, Kerala's Minister of Finance proposed a tax of 14.5% on junk food including items like burgers, pizzas, sandwiches, doughnuts, tacos, etcetera. While eating out at fast food restaurants like McDonald's, Pizza Hut, Domino's and others will become more expensive in Kerala, the recently elected Left government hopes to earn an additional tax revenue of Rs. 10 crore from the proposed tax.

As a result of this, branded fast food restaurants are likely to take a hit. The novel tax imposition may result into customer withdrawal, therefore affecting the sales of fast food chains in Kerala. While Kerala might still be the first Indian state to propose such a tax, the concept of 'fat tax' is not new otherwise. Its existence dates back to 1942 when an American psychologist A.J Carlson proposed imposing a fee on each pound of weight exceeding the 'normal weight' limit in order to counter obesity and make food more available for personnel deployed at the war front.

Simply put, 'fat tax' proposes to make 'fattening food items' more expensive as a measure to discourage their consumption. Fiscal measures are just one of the few ways through which a state can keep a check on the sale and consumption of certain food items. While taxation helps in curbing the consumption of harmful or 'unhealthy' items, subsidies make necessary items available to those who can't afford them.

Denmark was one such country to have imposed 'fat tax' on items like oil, butter, cheese, pizza, etcetera to tackle obesity, the tax was later scrapped. Mexico is another example where the government recently imposed tax on sugary, fizzy drinks. UK has also been contemplating on the same since quite some time and decided to bring soda tax in effect by April 2018. Time and again, the British Prime Minister, David Cameron, had expressed his thoughts on the possibilities of bringing 'fat tax' into reality. "The problem in the past when people have looked at using the tax system in this way, is the impact it can have on people with low incomes," he noted in an interview with 5 News.

Will such a tax scheme work?

Some think that people with lower incomes consume fast food as an easy meal option, and this tax may not be fair to them. They also feel that those with more money will buy and consume such food items even at a higher price.

Promoted
Listen to the latest songs, only on JioSaavn.com
According to a European Union report published in 2014, increased tax on sugary items or fast food does lead to reduced consumption. However, it may also lead to customers switching to cheaper, less expensive alternatives. On the other hand, reports show that after two years of tax imposition on sugary beverages, the demand for the same continues to head upwards in Mexico. Mexico levies about 10% tax on sugary drinks, despite which the Mexican cola industry saw a rise this year. "The market shares of full-calorie Coca-Cola and Pepsi-Cola inched higher last year to 48% and 11%, respectively, according to Euromonitor, another data service," The Wall Street Journal.

CommentsThe Kerala government plans to impose additional tax on ready-to-eat chapatis by introducing 5% tax on packaged wheat products as well as on packaged basmati rice and coconut oil. Disposable plastic glasses will also be taxed at 20%. The efficacy of such a tax will be known only after it comes into effect, its viability as a national fiscal measure to tackle obesity rests on the way it fairs in Kerala.