Ela Ada: The Kerala Special Dessert That's Not Only Sweet But Super Healthy Too

Ela ada is one of the most popular desserts prepared. Here's a recipe you can enjoy! 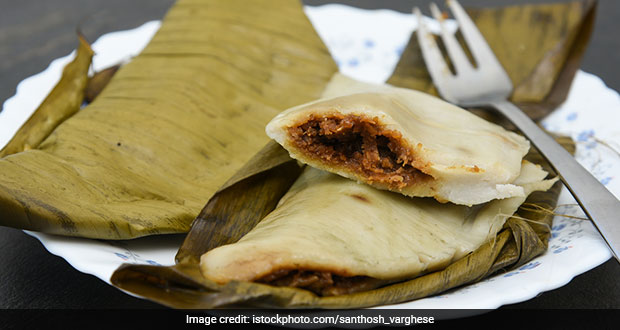 Talk about Kerala, delectable seafood delicacies, spicy curries, traditional sadhya and mouth-watering desserts come to mind. Be it varieties of halwa, payasam or appams, we are sure, none can resist them. The quintessential usage of jaggery, coconut and milk makes these desserts an irresistible treat to the taste buds. One of the most celebrated desserts prepared in Kerala is ela ada. This dessert is traditionally prepared in most parts in Kerala and enjoyed during festivals and occasions like Vishu, the New Year of Keralites. Ela translates to banana leaf, which is used to cover ada that is prepared using rice, coconut and jaggery. The smell and flavour of the banana leaf in which the ada is wrapped only adds to the taste of the steamed dessert.

According to Chef Prem K Pogakula- Executive Chef at The Imperial, New Delhi, "Ada or Ela ada is a traditional south Indian delicacy. It is one of the most famous desserts in Kerala and can be found in several areas of Tamil Nadu as well. It is a heavenly yet healthy mixture, which has the sweetness of coconut and melted jaggery and sealed within a layer of steamed rice flour dough. It is served as an evening snack or as a part of breakfast. Ela ada can be made using wheat and rice flour and the fillings can vary. It makes for one of the healthiest delicacies out there since it is steamed and not fried in oil or ghee like most desserts are."

(Also Read: Kerala's Most Delicious Breakfast Dishes You Should Try)

Ada or Ela ada is a traditional south Indian delicacy

Here's an amazing recipe of ela ada by Chef Prem that you'd love to prepare at home:

(Also Read: 10 Local Dishes In Kerala You Must Try)

1. Pour some water in a pan and add the jaggery to it.

2. Keep mixing gently to avoid the jaggery sticking to the surface of the pan, and melt the jaggery completely.

3. In a wide sauce pan, roast a whole cup of freshly grated coconut in two teaspoons of ghee. Roast it for a few minutes until the colour of the coconut changes slightly.

4. Once roasted, add the melted jaggery to the pan, pouring it through a sieve.

5. Mix the coconut and jaggery together. Let it cook till it thickens.

7. Turn off the stove and let it cool.

8. Pour some water in a pan and add some salt. Let the water come to a boil.

9. Once the water starts boiling, turn off the stove.

10. Take a cup of rice flour and a teaspoon of ghee in a mixing bowl.

11. Pour the boiling water in the bowl and mix well.

12. Mix the flour till you get nice tough dough.

13. Now, take a banana leaf and cut it up into several pieces, to seal and cook the adas.

14. Take some dough and roll it in your palm to form small balls.

15. Flatten the dough and place it on the centre of the banana leaf piece. Pat the dough to flatten it evenly.

16. Now, place some of the jaggery-coconut mixture in the centre and spread it.

17. Fold the leaf and seal it, making sure to press down on all sides.

18. Once the steamer is ready, place the banana leaf on the tray and put it in the steamer. Steam cook for about 10 to 15 minutes.

19. Voila! Your ela adas are ready to be served, nice and hot.

This Kerala specialty is everything you'd need to treat your taste buds. Do let us know if you have tasted ela ada or prepared it at home!