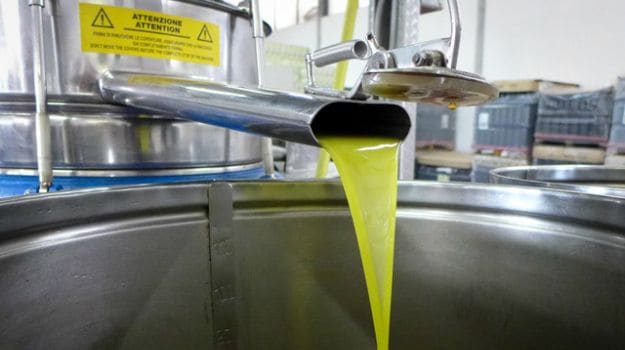 Between revelations by Italian police in December linking organized crime to 7,000 tons of counterfeit olive oil, and an estimated four-fold increase in adulterated extra virgin following the dismal 2014 olive harvest, there is no denying that fraud remains rampant. With 72 percent worldwide sales of olive oil at stake and all eyes on industry practices, Italy is fighting back.

EU and Italian government and trade organizations, including members of parliament, the Italian Trade Agency, UNAPROL (a consortium of Italian olive oil producers), and even an emissary of the Vatican, met last month to both address the problem of olive oil fraud and to outline their plans for a comeback.

"We must recuperate our damaged reputation," said Colomba Mongiello, an Italian senator and president of the Counterfeiting Commission. She was responding to a survey conducted at Expo Milan 2015 in October, showing that 99 percent of foreign visitors involved believed that Italian olive oil was adulterated and that the consumer was being cheated. "Our objective is to reach the U.S. market and make them understand the difference between what looks Italian and what is Italian," she said.

The conference, billed "Extract," is part of a larger Italian effort to promote the country's food and wine in the U.S., where imitation products labeled with Italian names, or colors of the Italian flag, are often mistaken for genuine imports. The strategy is two-pronged: legislating tougher penalties for fraud by going after Italian producers who don't follow regulations, and launching the largest marketing effort ever made to inform American consumers how to taste and use extra virgin olive oil.

"We have to do the same thing we do with wine to get people to understand olive oil," said culture guru Franco Maria Ricci, who spoke. "Four-year old children in France are taught that wine is an angel. Italy is an olive oil culture and [its] significance needs to be transmitted in the same way …. If we don't understand its qualities and terroir, we won't understand its value."

Crime has always been associated with olive oil, a substance so precious and prized in Mediterranean culture that its production and trade has invariably had a dark side. Merchants have been known to cut extra virgin with cheap oil to increase their profits since ancient times, and farmers had to fear brigands waiting in ambush as they transported oil to market.

Today, there is a different kind of criminal on the olive oil trail, principally the "Agromafia" that controls much of the industrial olive oil business in Italy. Its murky practices have both hurt ethical producers and confused consumers. As journalist and Zester Daily contributor Nancy Harmon Jenkins, author of "Virgin Territory: Exploring the World of Olive Oil," told me recently, "The problem is that there are two kinds of olive oil in the world: commodity oil and excellent oil, which is usually estate-bottled and always very carefully produced but we keep trying to judge excellent oil as a commodity and vice versa."

If Italy, which arguably produces the best olive oil in the world, has been a hotbed of fraud, it is also at the forefront of combating crime in the business. Where else are police trained to sniff out fakes at every stage of the supply chain? And who, but the Italians, have a system–IGP (Protected Geographical Indication) and the more stringent DOP (Protected Denomination of Origin)—that regulates the way it is made and that can lead us to the very trees it came from, and practically, the humans who crafted it?

From the terraced slopes and soft valleys of Italy's central regions and the microclimates of Veneto and Liguria, to the expansive southern plateaus and sun-drenched islands, come some of the most sublime olives oils, produced by artisans who have the passion for making it in their bloodlines. Like the country's new breed of winemakers who focus on quality over quantity, they are making delicious oils with the flavor peculiarities of their particular landscape. Utilizing the benefits of modern technology for cultivation while practicing sustainable growing and traditional picking methods, they are no doubt making better oil than their ancestors did.

How to buy good olive oil

That said, not all well-made olive oil carries the DOP seal. If we were to limit ourselves to those alone, we would miss out on many fine extra-virgins. As with "USDA Organic," the rigorous and costly bureaucratic process discourages many a small ethical producer from applying.

Assuming you are not an expert, the best approach to finding good olive oil is not unlike that for choosing good wine: Find a knowledgeable retailer to guide you. If such a place doesn't exist in your neighborhood, you can order online from vendors whose buyers are experts. Each of these retailers carries a selection of fresh olive oil that is ethically produced from the current harvest: