The Wheat Ecologists Dream About 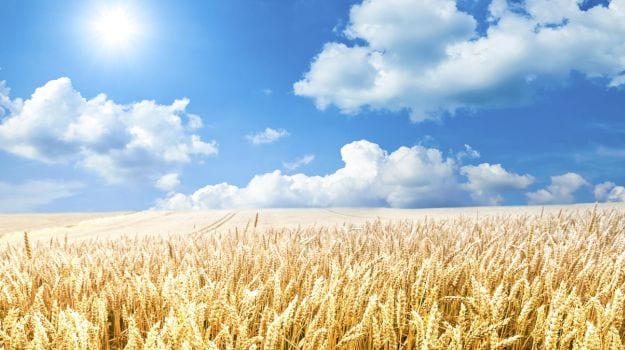 Highlights
It didn't look like much: Just a little bag of brown grains. I whizzed them in the blender to make flour, then cooked up a batch of pancakes. They looked like pancakes. And tasted like them, too - though did I perhaps detect a hint of malt? I looked over at my 4-year-old, a precision instrument when it comes to observing (and rejecting) new flavors. But there she was, wolfing them down without complaint. Now my question was: Could this little seed help save the planet?

The grain was Kernza, a new breed of wheat. Unlike the usual varieties, it is perennial, which means it grows back in subsequent years rather than being sown each spring. That matters because over time, the plant develops a deep, dense root system that helps to build healthy soil and to keep carbon in the soil, a counter to climate change. No wonder perennial grains have long been the holy grail for a certain set of agroecologists (visionaries or eco-weenies, depending on your perspective). Now here was Kernza in my kitchen. And, it turns out, in other places, too.

Patagonia Provisions, a new division of the outdoor gear company, this week releases the first commercial product made with Kernza, Long Root Ale. The Perennial, a new restaurant in San Francisco, is serving it, along with its house-made Kernza bread and crackers and a deliciously toasty Kernza ice cream. In Minneapolis, close to a large Kernza test plot, chefs and food artisans are using Kernza in tortillas, muffins, pasta and more. Minnesota-based General Mills is also evaluating the grain.

The commercial availability of Kernza is something of a dream come true for the academics who have long evangelized perennial grains. Here in the United States, its main proponents are at the Kansas-based Land Institute, where it was developed. Co-founder Wes Jackson first became an advocate of perennial crops in the 1970s after noting a difference between the soils on agricultural lands and those in the native tallgrass prairies.

On cultivated fields, Jackson saw soil eroding and nutrients, mostly from chemical fertilizers, leaching into nearby rivers and streams. In contrast, the prairie's diversity of plants and absence of annual tilling resulted in rich, healthy soils. Jackson wondered whether it was possible to redesign agriculture to better mimic Mother Nature.

Over the years, the Land Institute has worked to develop a variety of perennials: rice, which is now being tested in China; sunflowers, for oil; and sorghum. Kernza was spearheaded by plant geneticist Lee DeHaan, who as a child in the early 1980s became captivated by Jackson's vision and joined the Land Institute in 2001. The plant is a strain of intermediate wheatgrass, a distant cousin of what we know as wheat. (The name, which is trademarked by the Land Institute, is entirely invented, a combination of "kern" from kernel and "za" from Konza, the Native American word from which Kansas was derived.)

From an environmental perspective, Kernza does all the things that annual wheat does not. It sends a cloud of roots as deep as 10 feet into the ground. That underground network holds soil in place, which prevents erosion, and can quickly absorb water and nutrients. According to one study, second-year Kernza reduced soil moisture, and it reduced nitrate leaching by 86 percent or more compared with annual wheat. (Nitrate, a soluble form of nitrogen, can poison groundwater and is one of the chemicals responsible for creating the Gulf of Mexico's dead zones, low-oxygen areas where fish and other marine life cannot survive.)

Moreover, because Kernza does not die after harvest, the plants grow year-round and continue to absorb carbon. Studies looking specifically at so-called carbon sequestration by Kernza are not available, but perennial grasses consistently have been shown to increase soil carbon.

"In traditional agriculture, we hit the reset button every year. We eradicate all above-ground plant life in a field and start over from scratch," DeHaan said. "Here, we are trying to do what nature does naturally, to bring those processes back into agriculture."

Problem solved? Not quite.

Left to its own devices, intermediate wheatgrass funnels energy into its roots and leaves, rather than its seed, which is the part we eat. So DeHaan has worked hard to coax Kernza to create a larger one. Over the last six years, DeHaan has doubled the size of the seed. But it is still only one-quarter the size of a conventional wheat berry. Kernza also has less gluten - the levels are akin to what you might find in barley flour - and that makes it a challenging ingredient for bread, which is how many of us consume much of our wheat.

"Wheat is 10,000 years old, and Kernza has only been around for 13," said Zachary Golper, owner of Bien Cuit bakery in Brooklyn, who has tested Kernza extensively. "So we're not doing too badly."

But to take off commercially - and to achieve the scale required to deliver on its environmental promise - Kernza has to be something people want to eat. And it has to be delicious. That's where chefs and foodmakers are stepping up.

Take the Perennial in San Francisco. The name alone is an education tool. But messages about the benefits of perennial agriculture are everywhere, some subtle, some not: The central piece of art in the modern, light-filled room is a pair of watercolors: one of a billowing tangle of Kernza roots, the other, the plant above ground. When the bill is presented, customers receive one of three illustrated postcards, including one that shows how Kernza sequesters carbon.

It's the food, says co-owner Karen Leibowitz, that needs to speak loudest. And it does. The bread, made with 20 percent Kernza, is a little spongy, perhaps because it needs a very wet dough to get a good rise. But it has a subtle malty flavor and was spectacular topped with both sweet summer tomatoes and cultured butter.

Jeff Casper of Minneapolis's Dumpling & Strand, which focuses on "curious noodles," says the future of Kernza lies in unleavened foods such as crackers, tortillas, cookies and, not surprisingly, pasta. Last month he began selling noodles made with 51 percent Kernza at local farmers markets. The pasta, he says, has a distinct nutty flavor and an attractive yellow color. "Looking at the eating characteristics, in combination with the environmental benefits of the crop, it's a great match," he said.

Birgit Cameron, senior director of Patagonia Provisions, agrees that taste is the way to spread the gospel of Kernza. That's why she decided to make beer with it. "People relate to beer," she said with a laugh.

With the resources of its parent company behind it, Patagonia Provisions has taken the lead in trying to scale up production of the grain. It worked with the Land Institute to have Kernza recognized by federal agencies as safe for commercial production. It has contracted with a Minnesota farmer to grow 125 acres of Kernza. If Long Root Ale, a partnership with Hopworks Urban Brewery in Portland, Ore., takes off this fall at Whole Foods Markets on the West Coast, Patagonia Provisions will make more of it. The company is also experimenting with new products, including crackers.

Promoted
Listen to the latest songs, only on JioSaavn.com
For Cameron, imitation would be the most sincere form of flattery: "If we can take something like Kernza and show it can be a viable product, we can only hope that Coors or other beer companies would do the same."