This Domino's Outlet's License Has Been Suspended. Here's Why 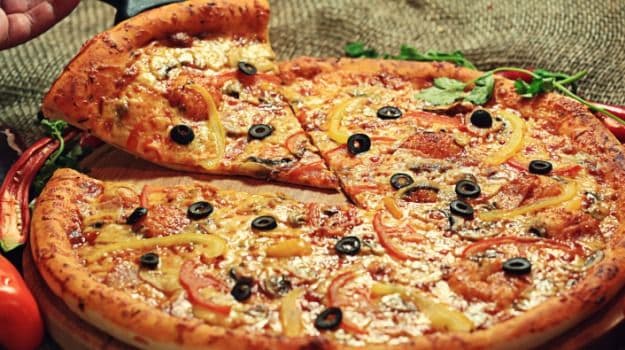 The license of a Domino's Pizza outlet at Gajraula area on NH-24 here has been revoked by the authorities after its sauce was found to be "below standard" in lab test. The District Food Safety authority suspended the license after the samples of tomato ketchup collected from the outlet failed to pass the lab tests.

(After Dominos, KFC Partners with IRCTC to Serve Meals on Trains)

"We are raising this case with the relevant respected authorities to check the validity of the suspension order, given this background," Jubilant FoodWorks spokesperson said. According to the company spokesperson, the tomato ketchup snack dressing product was procured by Domino's from a third party, which goes through regular testing for food safety from government accredited labs.

"The particular sample under question, was manufactured in September 2014 and collected for testing in October 2014. It failed test on ground of "package label non-compliance", as the label was detaching from the package but "passed "on all other parameters of food safety.

"The retest was carried out in March 2015 from the same sample, which in the meantime had gone past it's 'Best before Date', which was 6 months. Thus, it was an invalid test," the spokesperson said. According to Food Officer Singh, he had sent the samples for testing at the state food laboratory and the report came yesterday.

On the basis of the report the license of the outlet has been suspended till further decision, he said. Singh said that the report has been sent to Amroha District Magistrate Ved Prakash. "Domino's Pizza may go and appeal to the Food Safety Commissioner Lucknow. They can not supply till the decision (on the appeal)," he said. The development has come close on the heels of ban on sale of Maggi instant noodles after it failed to pass the lab test.