This Will Make Your Eyes Tear: Onion Prices Soar by 70%, Highest in 2 Years! 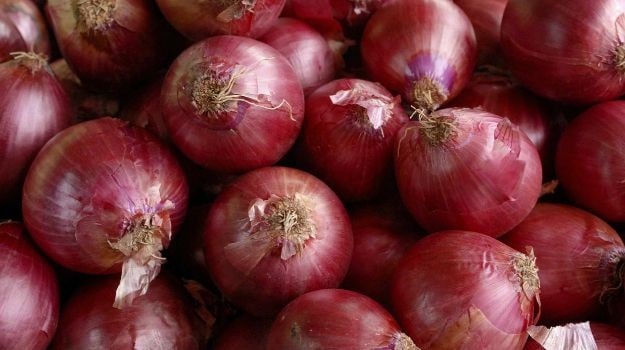 The price of onions, a staple that has sparked protests in the past and toppled state governments, has jumped to its highest in nearly two years and could fuel foodinflation as scant rain delays plantings. Persistently high food prices, mainly for onions used in everything from bhajis to biryanis, are politically sensitive in India as more than a quarter of its 1.25 billion people live on a maximum of 74 cents per day.

High food costs lifted India's June consumer inflation to an eight-month high, and a further rise could stop the central bank from cutting lending rates that are key to boosting growth. At India's largest wholesale onion market of Lasalgaon in Maharashtra state, the average price has leaped 54 percent in two weeks to 2,550 rupees ($40) per 100 kg, its highest since November 2013.

Prices could jump further as a mismatch between demand and supply is expected to worsen due to weak monsoon rains, said Changdev Holkar, former director of the National AgriculturalCooperative Marketing Federation.

Rain in Maharashtra, India's top onion producer, has been over a third less than normal so far in the June-September monsoon season. Karnataka, another major onion producer, has had a quarter less rain and the official forecast is that this year India could suffer its first drought since 2009 due to the El Nino weather pattern. Unseasonable weather, hoarding and price manipulation have in the past led to dramatic price rises, and the administration of Prime Minister Narendra Modi is keen to avoid the fallout that had hit the state governments of Delhi and Rajasthan.

The government has already decided to create a small buffer stock of onions to check any price spike but more needs to be done, industry body ASSOCHAM has said. (https://bit.ly/1g7RFqD)

Indians eat up to 15 million tonnes of onions a year, using them as a base for most of their dishes. The country harvested 18.9 million tonnes in 2014/15, but a significant amount was damaged due to untimely rains and hailstorms during February to April. "Sensing a shortage, farmers are slowly releasing old crop," said R.P. Gupta, director at theNational Horticultural Research and Development Foundation.

A Lasalgaon trader said usually new-season supplies rise from end-September but this year that could happen only from November. "Until then prices will remain firm at the current level or could rise further."

Chocolate Samosa Inside Pav Is The Latest Viral Food Combo. Would You Try It?
Diabetes Diet: Neem Tea May Help Manage Blood Sugar Levels - Recipe Inside