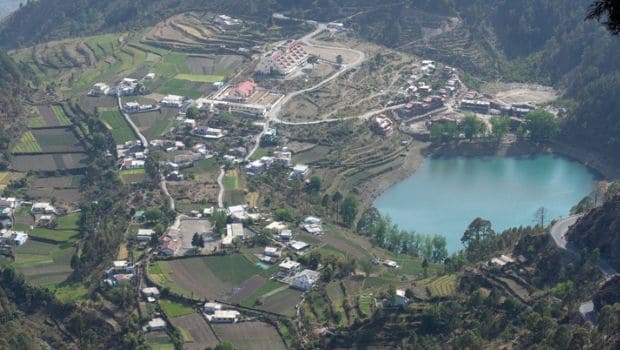 Highlights
Uttarakhand needs to promote a separate hill farming policy as the state has a meagre 14 per cent net sown area, more so as three-fifth of the state's total working population is engaged in agriculture, a study has recommended.

"The performance of Uttarakhand in agriculture and allied activities has not been up to the mark as its share in the gross state domestic product (GSDP) had declined sharply from over 22 per cent in 2004-05 to just over nine per cent in 2014-15," the study conducted by ASSOCHAM jointly with research firm RNCOS said.

Releasing the study at a press conference here, Assocham Secretary General D S Rawat said low level of land holdings is a key challenge in the farm sector as over 70 per cent of the state's farmers hold less than one hectare of land.

Noting that absence of moisture in the sandy soils of Uttarakhand due to its topography had casued the state to record poor crop productivity, he said the agriculture sector in the state clocked just about three per cent Compound Annual Growth Rate between 2004-05 and 2014-15, he said.

A separate hill farming policy with emphasis on further developing irrigation infrastructure in Uttarakhand including the canal network and also lift canals, tube-wells, pump sets and others is the need of the hour, he said.

Besides, the policy should also prioritise promotion of local and traditional hill crops, he said.

Farmers must also be given adequate cover in terms of welfare schemes, besides adequate technical and financial support for water conservation should also be extended by the state administration, he said.

The study has advised the state to focus on strengthening rural economy by focusing more on the dairy sector by imparting technical assistance for dairy development, more so as milk production in the state grew by just about one per cent between 2013-14 and 2014-15.

Strengthening of dairy farms, genetic upgradation of cattle through induction of genetic variability in female germ plasma and establishment of goat units are some of the key initiatives that can help boost dairy production in the state, it suggested.

Promoted
Listen to the latest songs, only on JioSaavn.com
The state should promote poultry, fisheries, food processing, horticulture, agro-based, medicinal and aromatic herbs as thrust industries by offering a wide range of incentives and subsidies, it said.

Besides, the state government in tandem with private sector should set up strong infrastructure backed by efficient supply chains in food and agro processing sector to increase farmers' income and promote employment opportunities in rural areas.