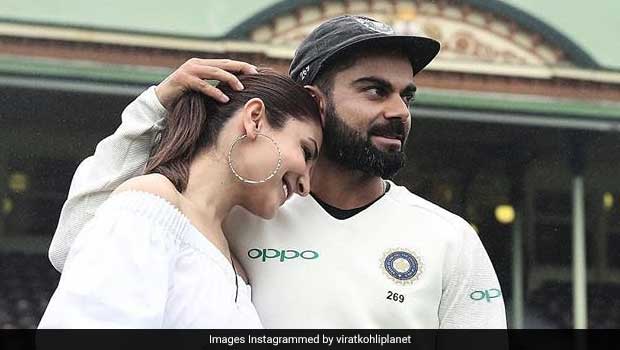 The captain of the Indian national cricket team, Virat Kohli is currently riding high on India's historic victory in Australia. As the nation rejoiced after India won the Test series against Australia, breaking a 71-year old jinx, Virat Kohli and team launched into celebrations with full gusto. Kohli's wife and Bollywood actor Anushka Sharma also lauded the team's ginormous win in Australia with a very sweet message on her Instagram handle. Sharma wrote on Instagram, "History written and created by this bunch!! Huge congratulations to all players, coaching unit and support staff", adding that she was very proud of Kohli. She even joined her husband for a victory walk, after the cricket match at the Sydney Cricket Ground (SCG), much to the delight of the couple's fans from all around the world.

Virat Kohli had hinted at a long string of celebrations for the team after the match and the jubilant sportsman has already begun by indulging in some food and fun with Anushka Sharma and his friends in Australia. He posted some pictures of himself and his friends indulging in food, and later of himself cutting a decadent-looking chocolate cake. Kohli could be seen feeding the cake to Anushka Sharma, who was all smiles.

Also Read: Anushka Sharma Gave A Shoutout To This Famous Shikanji Shop: Been There Yet?

India won the series against Australia, by 2-1 after the fourth and final Test match was tied due to persistent rains and unruly weather. Anushka Sharma had accompanied Virat Kohli to Australia and had also posted New Year's wishes to fans and followers from the Down Under. Virat Kohli had posted a picture of himself and Anushka on Instagram, before leaving India for Sydney saying, "Off to Sydney. Looking forward to the New Year's eve with my one and only." The couple's loved-up posts in the New Year had gone viral while raising the bar for romantic affection for couples everywhere.

Well, we wish Virat Kohli on the historic win and hope he continues to conquer new mountains with his superb captaincy!