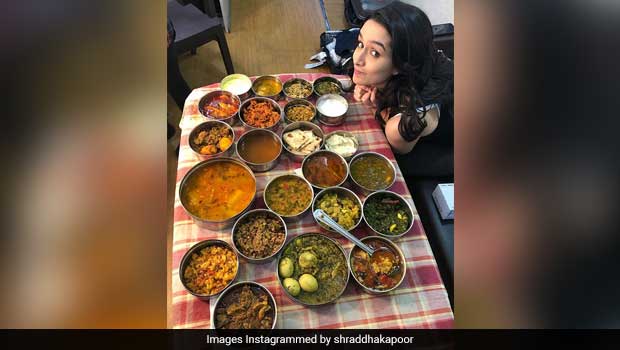 Bollywood actors Shraddha Kapoor and Varun Dhawan have been making news for their upcoming movie 'Street Dancer 3'. The first looks of the movie are out and it has created a buzz among the fans as the two A-listers are coming together for the second time for the dance movie franchise. The film, which will be released in 3D, will release on November 9, 2019, and the shooting has started. The first motion posters and title announcements of the movie look quite promising and show Dhawan in a hip-hop avatar. The Bollywood star is teaming up with actor-choreographer, Prabhu Deva, yet again which is another thing that fans are really looking forward to. Shraddha Kapoor is also seen in an uber cool avatar on the posters of 'Street Dancer 3'. The actors are keeping their fans updated on the shooting schedules of their respective films.

Varun Dhawan yesterday posted a video of himself and Shraddha Kapoor, from the airport, while leaving for London to shoot for 'Street Dancer 3'. Dhawan looked very excited as Shraddha Kapoor joined him for the first schedule of the movie. Shraddha, who is shooting for 'Saaho', which also stars Prabhas, Neil Nitin Mukesh and Evelyn Sharma, came straight from Hyderabad to Mumbai, to catch her flight for London. Varun Dhawan is seen making fun of Shraddha saying, "(She) hasn't slept for 50 days. No food, no sleep, no money. But she's here. On a very strict diet.. of only curd."

Shraddha Kapoor is known to follow a very strict and healthy diet. The diva is very fond of fruits and is often seen indulging in an assortment of fruits as snacks. She is known to stay away from junk and sugary foods, but she loves indulging in chicken and fish curry. Shraddha Kapoor's meals are usually high in protein and fibre and the spunky actor prefers home-cooked food like dal and chapatis.

Also Read: Shraddha Kapoor Shows Us How To Eat Carb-Rich Sweet Potatoes In A Healthy Way!

Well, we wish Shraddha Kapoor and Varun Dhawan the very best for 'Street Dancer 3' and if their chemistry in this video is anything to go by, then the actors are all set to dazzle fans on the silver screen!