What is a Flat White? A Guide for Americans on Starbucks' Next Hit 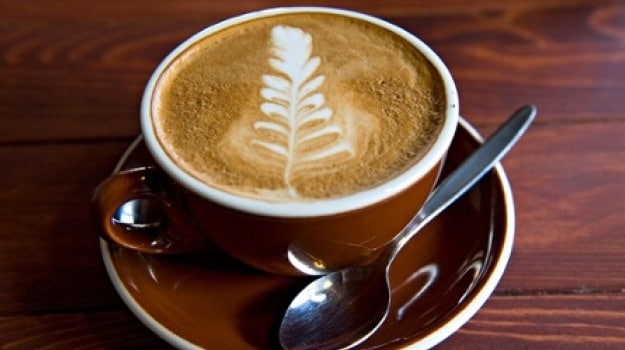 In the words of Hugh Jackman, the flat white is 'like a latte with a little less milk and more espresso' - but it's actually a bit more complicated (and pretentious) than that

Buying a coffee in New York City poses an interesting cultural dilemma for a Brit who has just moved to stateside after a year and a half living in Australia: how to order a flat white.

Before moving to the antipodes I was a coward when it came to caffeine, opting for the chocolatey halfway house of a mocha instead of full-strength coffee, which tasted impossibly bitter in my mind.

The flat white changed my life. Or, more precisely, slightly altered my morning routine. It is both creamy and intensely caffeinated. It is still the only coffee I really drink.

But the expression on most New York barista's faces when I ask for one here is a mixture of confusion and mild annoyance. Some make the effort and give it a go, others point-blank refuse. A small handful have the flat white on the menu and only one coffee shop - owned by an Australian - has been able to make it right.

All this might change now as Starbucks, the world's largest coffee shop chain, announced it will start serving flat whites around the US from Tuesday.

So just before the flat white becomes a fixture on coffee shop menus around the country, here are a few things you should know:

What is a flat white?

In the words of Australian actor Hugh Jackman, who owns a coffee shop in New York and personally trained staff to make the beverage, the flat white is "like a latte with a little less milk and more espresso". But it's actually a little more complicated (and pretentious) than that.

The drink consists of a double shot of espresso combined with micro-foamed milk that should be heated consistently all the way through so as not to split into bubbled froth and scalding liquid. As such the flat white is often served a little colder than a cappuccino. The milk is freely poured in with the espresso meaning the velvety texture of the drink remains consistent throughout, unlike a latte.

Finally the flat white should be served in a 165ml tulip cup, making it typically far smaller than both a latte and a cappuccino.

How will Starbucks make theirs?

Starbucks issued the Guardian with a particularly lavish description of how baristas have been trained to make their flat whites. It seemed to largely coincide with accepted practice and will, in the words of the release result in "a bold coffee flavor with a sweeter finish".

Starbucks have said their flat whites will be offered in all current sizes - an indication that the traditional 165ml rule may have been overlooked.

Where did the flat white originate?

This is a particularly controversial question and exposes centuries-old culinary rivalries between antipodean neighbours Australia and New Zealand who both claim ownership of the drink.

Some say the name "flat white" was coined in the early 1980s in Sydney, Australia. But there are also arguments to suggest the drink was actually being made earlier in another Australian city, Melbourne, in the 1970s.

New Zealanders, however, argue the drink was developed into its modern form in the coffee shops of the nation's capital, Wellington, in the later 1980s.

The safest answer is to say both countries helped forge the flat white's identity and according to Australian food historian Michael Symons, Wellington-produced flat whites remain the best in the world.