When Gwyneth Paltrow Got Cookery Lessons From Jamie Oliver 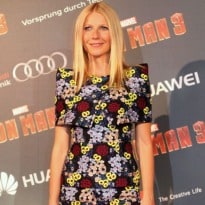 Coldplay frontman Chris Martin once requested celebrity chef Jamie Oliver to give cooking lessons to his wife Gwyneth Paltrow as a birthday present to her.

Oliver taught few good dishes to Paltrow and later invited some friend over for a meal, reports dailystar.co.uk.

"I know Gwyneth because her husband Chris rang and asked if I'd give her a cookery lesson for her birthday. I'm a big Coldplay fan, and Gwyneth's a lovely woman, so it was a done deal," said Oliver.

Listen to the latest songs, only on JioSaavn.com
"I spent the afternoon cooking in her kitchen, we made a slow-roasted duck ragu. And then a bunch of her friends came around to eat it," he added.Oliver even received a gift from the couple as a token of gratitude.

Comments"About a week later they bought me a really cool top-of-the-range electric drum kit, which I still use. I'm a frustrated drummer," he said.

Watch: Vrat Or No Vrat, This Sabudana Bonda Recipe Has All Our Heart!
Khow Suey - The Authentic Burmese One-Pot Meal, Ideal For Changing Weather