Why Coconut Oil Might Not Be The Superfood That It's Thought To Be!

Coconut oil has been touted as a 'superfood' and a 'magical oil' that is the answer to most any health trouble. But how many of these claims are true or validated by science? 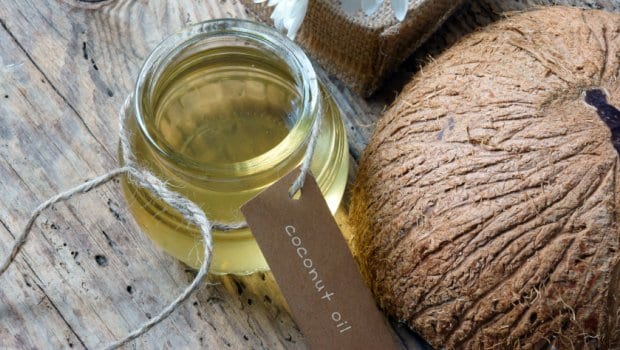 Highlights
Coconut oil has emerged as a trendy superfood in the recent years, with health freaks from all over the world embracing it with open arms. When it comes to nutritional benefits, the oil has more advocates than detractors. From giving you an ageless beauty to improving your dental and overall health, much has been said in praise of the 'miraculous' oil. However, does it deserve the 'superfood' status that we have accorded it? Or is coconut oil consumption yet another fad that has no clinical grounding to prove its benefits?

A quick Google search about coconut oil will reveal a number of lengthy articles talking about the health benefits of coconut oil, often touted as one of the healthiest oils to cook with. It's hard to miss on shelves of supermarkets selling it as a more nutritional alternative to vegetable oil. It's also got a lot of star power with a lot of celebrities endorsing its benefits. All this has sent the global sales of coconut oil skyrocketing, in the past few years. But there are warning signs and red alerts related to the oil that often get overlooked.

In July 2017, the American Heart Association (AHA) published an advisory on dietary fats and cardiovascular diseases that was published in the online journal Circulation. The advisory warned that coconut oil contains high levels of saturated fat and that the latter was a major cause of high cholesterol in the American population. In a Harvard Health Blog report investigating the health effects of coconut oil, Dr. Qi Sun, assistant professor in the Department of Nutrition at the Harvard T.H. Chan School of Public Health said, "If you want to lower your risk of heart disease, coconut oil is not a good choice."

None of coconut oil's many claimed health benefits have been scientifically proven.

Coconut oil's health benefits are credited to the presence of medium-chain fatty acids (MCFA) known as the healthy fatty acids. MCFAs are said to be easier to digest and hence, are not stored as fat in the body. Coconut oil has been touted as 'heart healthy' as it's supposed to raise the levels of HDL or good cholesterol in the blood, but there isn't enough evidence to support that fact. The 'extra virgin' coconut oil that has also been hailed as a powerful superfood, has small amounts of anti-oxidants, and hence might help in controlling inflammation in the body. Some studies even suggest that eating coconut oil can boost mental performance and lower the risk of Alzheimer's disease. But as Harvard Medical School professor Dr. Bruce Bistrian pointed out in the Harvard Health Blog post, 'proof of any possible benefit is limited to small studies in rats and mice'. However, application of coconut oil on the skin is another matter altogether, and everything being said here has strictly to do with its consumption.

Some experts, who are cautious about coconut oil, believe that it might be leading to an increase in the second kind of HDL- the non-functional kind- which might make the oil's nutritional profile appear good, while actually being deceptive. In fact, the British Nutrition Foundation published a report titled 'Coconut oil- a nutty idea?' in its Nutrition Bulletin and it concluded that there wasn't enough proof about any of the health claims that the coconut oil lobby has put forth.

In conclusion: Fats are good for the body and coconut oil has plenty of them. But the scientific community hasn't been able to find enough proof to make coconut oil a 'must-have' for improved overall health. At the end of the day, one needs to watch the source of the fat that they intake and the amount of it that is necessary to keep healthy, and make sure that there aren't any excesses.