Stop Right There! Why You Need to Avoid Food Wrapped in Newspaper 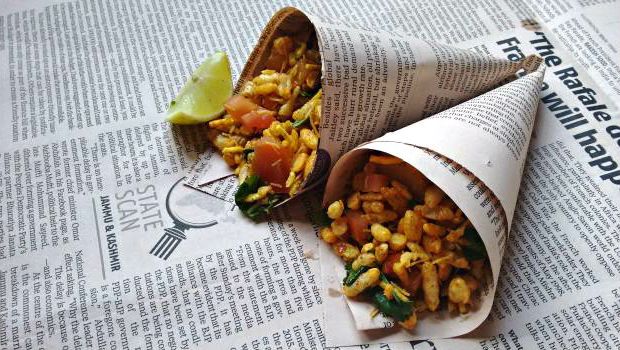 Highlights
Indian street food has a huge fan following. We can't imagine our lives without biting into chatpata golgappa, chaats, bhel puri, pakoras, batata paos - the list goes on. But since these treats are made on the streets without the sellers adhering to strict hygienic guidelines, the safety of consumption is often debatable. While some may argue that most Indians live on and love their street food, one can't completely rule out the consequences. It's not just the way the food is prepared that we need to worry about. It's also about how it is served.

Post a recent investigation by FSSAI, it stated that wrapping food items in newspaper is bad for our health as the ink used in printing has multiple bioactive materials with known negative health effects.

"Wrapping food in newspapers is an unhealthy practice and the consumption of such food is injurious to health, even if the food has been cooked hygienically," the Food, Safety and Standard Authority of India (FSSAI) said in an advisory.

The advisory also said that even paper/cardboard boxes made of recycled paper may be contaminated with harmful chemicals like phthalate which can cause digestive problems and also lead to severe toxicity.

"Older people, teenagers, children and people with compromised vital organs and immune systems are at a greater risk of acquiring cancer-related health complications, if they are exposed to food packed in such material," the advisory warned.

The advisory comes after Health Minister J.P. Nadda's directions to the food regulatory authority against the practice of wrapping and covering food items in newspapers in India.

Speaking in this regard J.P Nadda said: "It has been observed that vendors have been using newspapers in packing and serving food, which is harmful. I urge the public to dissuade the vendors from doing so."

According to the advisory, the Commissioners of Food Safety of all States/Union Territories will initiate systematic campaigns for generating awareness among all the stakeholders to discourage the use of newspapers for packing, serving and storing food items. So ahead and indulge in that bhel puri...just ask the vendor to give it to you on a plate instead of a newspaper.