On the Label: Preservatives Lurking in Your Food 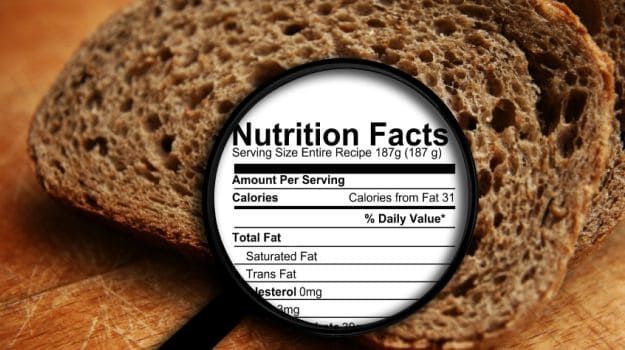 Let's admit it, we've all gulped down that can of cola and chomped on a packet of chips without knowing what goes in it. Just to bring you up to speed, preservatives are a type of food additive which are added to prolong the shelf life and to keep the colour, taste and nutrients intact. These are chemicals that are synthesized in the lab and mostly look like white, crystalline powders. As desirable as natural ingredients might be, preservatives are required for some of our favourite foods to reach the dinner table. Although majority of preservatives have been deemed safe for consumption by food authorities in certain limits, some of them have come under fire due to their health concerns. You need to learn how to identify these compounds on the food packaging to consider your well-being.

Sodium Benzoate: It is used in acidic liquids like juices, soft drinks and vinegar. This salt is known to kill bacteria in acidic conditions. A 2007 Lancet study regards sodium benzoate as a potential trigger for hyperactivity in children with attention-deficit hyperactivity disorder. A chemical called Benzene has been linked to increased risk of leukemia and other blood cancers. While sodium benzoate does not contain benzene, it can be formed when combined with ascorbic acid (Vitamin C). Read your labels to find if the product contains ascorbic acid and sodium benzoate as ingredients. The US FDA has limited the usage of sodium benzoate to 0.1% of a product by weight.

Potassium Bromate (E924): It is often added to bread as a flour improver; to strengthen the dough, make it rise better and give it a uniform consistency. On cooking and heating, it breaks down into bromide which when consumed in excess can inhibit the metabolism of the iodine enzyme. It is regarded as a possible carcinogenic by International Agency for Research on Cancer (IARC) and is banned in certain countries like Argentina, Brazil, Peru, Canada, Nigeria and South Korea. On the label, it may sometimes show up as 'enriched flour'.

Sodium Nitrate: This preservative is mostly used to cure processed meat such as bacon, ham and sausages. It is this additive that preserves the pink colour of meats and prevents botulism.  The United States Environmental Protection Agency has found that high concentrations of nitrates can affect the circulation of oxygen in the body.

Diacetyl: Diacetyl is added to impart the buttery flavour and aroma to microwave popcorn. It is also the name of a naturally occurring compound found in butter, beer and other fermented foods. In most cases, it is produced artificially to provide a last longing buttery flavour and delay rancidity in packaged popcorn. The problem with microwaving popcorn is that on heating the diacetyl in the bag vaporizes. When this buttery steam is inhaled it can directly reach the lungs and cause lung disease.

Promoted
Listen to the latest songs, only on JioSaavn.com
There have been dozens of cases where workers have developed a lung disease called  bronchiolitis obliterans, also known as “popcorn workers lung,” and other respiratory illnesses from exposure to the vapors of diacetyl while working at popcorn manufacturing units.

BHA and BHT: These are two preservatives that are most commonly used. Butylated hydroxyanisole is a synthetic antioxidant that is used to prevent fats in foods from going rancid. Butylated hydroxytoluene stabilizes fats and is used to retain the smell, color and flavor. Some authorities regard these to be possible carcinogenic but this has mostly been based on animal studies. Cereals and other foods with fat like potato chips, chewing gum, vegetable oil and shortening may contain these preservatives.

Sulpur Dioxide: It is often used to prevent discolouration and growth of bacteria in dried fruits and jaggery. It is also know to prevent brown spots and keep raw fruits and vegetables fresh. Sulphur dioxide bleaches out rot and in process it may also destroy the essential Vitamin B and Vitamin E. If you are asthmatic it may trigger breathing problems.