WTO Asks India to Lift Ban on US Poultry Products 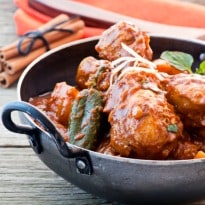 India broke World Trade Organization rules by blocking imports of U.S. poultry and other farm products because of unsubstantiated bird flu fears, a WTO dispute panel ruled on Tuesday, potentially opening up an estimated $300 million a year export market for the United States.

India had claimed its import restrictions, imposed in 2007, were justified by international rules on animal health, but the panel agreed with the United States and found that India's measures were not based on international standards and were discriminatory.

"This is a major victory for American farmers," said U.S. Trade Representative Michael Froman, who termed the poultry decision "the fourth major WTO victory" for the United States this year. "Our farmers produce the finest, and safest, agricultural products in the world."

The United States brought the case in March 2012. The most recent outbreak of high pathogenic avian flu in the United States was in 2004. Since then India has had over 90 such outbreaks, according to the USTR.

"India's ban was thinly veiled protectionism," James Sumner, president of the USA Poultry and Egg Council, and Michael Brown, president of the National Chicken Council, said in a joint statement. "Free and fair trade, particularly with food, should never be used as a political bargaining chip."

In India, which under WTO rules has 60 days to appeal the ruling, the Trade Ministry declined to comment. A senior official at the ministry said the government would study the ruling and a decision on appeal against the decision could be taken after getting the view of Animal Husbandry department. If an appeal is filed, the WTO's appellate body must issue a new report within 90 days.The ruling could increase imports of poultry and eggs from the United States, although India could still try to restrict them using other measures such as anti-dumping duties if U.S. exporters tried to sell their products at unfairly cheap prices.

Otherwise, India is bound to provide fair market access to other countries under the WTO rules, which could happen some time in 2015. "US producers are ready and have been ready to provide high quality poultry and poultry products to the Indian market," said U.S. Agriculture Secretary Tom Vilsack.

The ruling was hailed by lawmakers from states such as Georgia, Virginia and Delaware, which employ hundreds of thousands of workers in the poultry industry. "Agriculture is still the number one industry in Delaware, and poultry is king," said U.S. Representative John Carney of Delaware.

The United States vies with Brazil as the world's largest exporter of broiler (chicken) meat. India's broiler consumption is rising rapidly as its residents increase their protein intake. USDA forecasts consumption in 2014 at 3.7 million tonnes, up 40 percent from as recently as 2010.