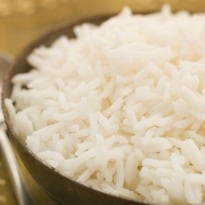 Recently, the Hubei province in China came under the scanner for illegally selling genetically modified rice. China has banned the growth of genetically modified crops especially rice and wheat which is a staple in their cuisine. Few reporters bought five packers of rice from a supermarket in Wuhan, capital of Hubei province. These were then sent to the Chinese Academy of Inspection and Quarantine where it was found that three of the packets contained GM rice.

In a report, China Central Television (CCTV) showed how GM rice, prohibited for commercial purpose in the country, was available for sale in the supermarket in Hubei province.

Listen to the latest songs, only on JioSaavn.com
This controversy has angered Chinese authorities who have vowed zero tolerance and harsh punishment against offenders."The ministry will punish any companies or individuals that ignore regulations to grow or sell GM grains. There will be no tolerance for those violating practices." Global Times quoted the Agriculture Ministry.It was found that GM rice was also being sold in Hunan, Anhui and Fujian provinces. GM crops hold a very controversial status in China. While its selling and growing of GM crops is prohibited, it does import few varieties of genetically modified soybeans. Besides this, it has also allowed certain GM crops like cotton, tomato and papaya to be grown. Certain food activists are of the view that such technology is absolutely safe but most people consider its use unnecessary especially in case of staple foods like rice and wheat. Chinese feel that the safety of this technology hasn't been verified and therefore, it is not worth taking the risk.

Comments With inputs from IANS