Ancient Healing: How Acupuncture Could Treat Chronic Pain and Depression 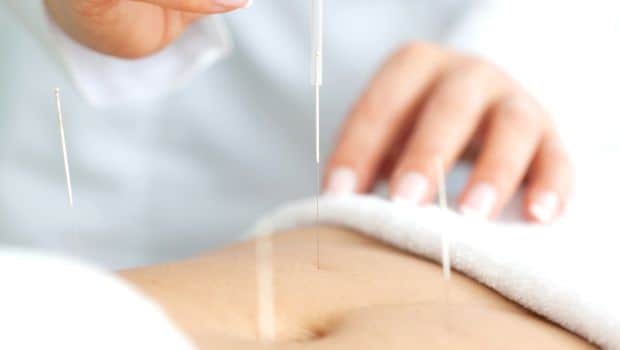 Highlights
An ancient Chinese practice, acupressure has many benefits. It is an alternate form of medicine which has been seen to be adopted by many in the recent times in addition to clinical treatment. The technique involves the application of pressure in specific points of the body to treat pain and relive stress by making use of needles. Acupuncture was used in the ancient times to re-balance the flow of energy or 'chi' in the body. If you have watched the movie Kung Fu Panda 3, you will understand the reference to 'chi'. Talking in medical terms, it is a technique where thin needles are inserted into the skin in strategic points to stimulate nerves, muscles and connective tissues, releasing the body's natural pain killers to work their magic.

According to a study by University of York in UK, acupuncture can boost the effectiveness of standard medical care, reducing the severity of chronic pain and depression. The researchers showed that there is significant evidence to demonstrate that acupuncture provides more than a placebo effect. They brought together the results of 29 high quality clinical trials focused on patients treated with acupuncture and standard medical care.

In the majority of these trials, patients with chronic pain treated with acupuncture and standard medical care were tested against those who were provided with standard medical care alone, such as anti-inflammatory drugs and physiotherapy. The trials involved about 18,000 patients diagnosed with chronic pain of the neck, lower back, head, and knee.

The report shows that the addition of acupuncture compared to standard medical care alone significantly reduced the number of headaches and migraine attacks and reduced the severity of neck and lower back pain. It also showed that acupuncture reduced the pain and disability of osteoarthritis, which led to patients being less reliant on anti-inflammatory tablets to control pain.

The study also concluded that acupuncture is cost effective. "Approximately four million acupuncture treatments are provided a year in the UK, but the evidence to show how clinically effective this form of treatment is has been limited," said Hugh MacPherson, professor at the University of York.

The team also conducted a new clinical trial for depression, where acupuncture or counselling was provided and compared to the effectiveness of medication, such as antidepressants.

In a study of 755 patients with depression, researchers showed that both acupuncture and counselling significantly reduced the severity of depressions and that these benefits were largely sustained for up to 12 months after treatment.

"The front-line treatment for depression in primary care usually involves antidepressants; however, they do not work well for more than half of patients," said MacPherson.

"In the largest study of its kind, we have now provided a solid evidence base to show that not only can acupuncture and counselling bring patients out of an episode of depression, but it can keep the condition at bay for up to a year on average," he said.

The benefits of acupuncture are partially associated with placebo effects, which has contributed to the uncertainty around acupuncture's clinical effectiveness. MacPherson said that the research provides definitive evidence that when acupuncture is used to treat chronic pain, the reductions in pain are substantially more than those measured from sham (placebo) acupuncture.

The study was published in the National Institute for Health Research (NIHR) Journals Library.