Are You a Coffee Addict? Check for Caffeine Use Disorder 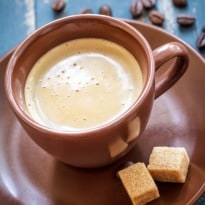 If you can't live without your cup of coffee early morning or that tea to prevent the after-lunch slump, you may be suffering from caffeine use disorder. Researchers at American University in Washington, DC, indicate that more people are dependent on caffeine to the point that they suffer withdrawal symptoms.

"They are unable to reduce caffeine consumption even if they have another condition that may be impacted by caffeine - such as a pregnancy, a heart condition or a bleeding disorder," said psychology professor Laura Juliano at American University. The negative effects of caffeine are often not recognised as such because it is a socially acceptable and widely consumed drug that is well integrated into our customs and routines.

"While many people can consume caffeine without harm, for some it produces negative effects, physical dependence, interferes with daily functioning, and can be difficult to give up, which are signs of problematic use," Juliano added.

The study, published in the Journal of Caffeine Research, shows how widespread the caffeine dependence is and the significant physical and psychological symptoms experienced by habitual caffeine users.

Caffeine is found in everything from coffee, tea and soda to OTC pain relievers, chocolate, and now a whole host of food and beverage products branded with some form of the word 'energy'. "Genetics research may help us to better understand the effects of caffeine on health and pregnancy as well as individual differences in caffeine consumption and sensitivity," Juliano contended.

Based on current research, Juliano advises that healthy adults should limit caffeine consumption to no more than two to three cups. Pregnant women and people who regularly experience anxiety or insomnia - as well as those with high blood pressure, heart problems, or urinary incontinence - should also limit caffeine.