Being Unfit Can Make You Lose Memory 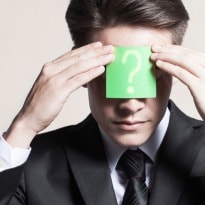 According to this new research, fitness has now been linked with mental health. The study suggested that people who are out of shape or over weight struggle to retain information.

The research was carried out by students of Michigan State University, adults who are unfit are more forgetful and those out of shape have poorer long-term memory, Daily Mail reported.

Promoted
Listen to the latest songs, only on JioSaavn.com
Previously a study on memory was conducted with children as their brains are still developing or the elderly whose memories are declining. Published online in the journal Cognitive, Affective & Behavioural Neuroscience, this study was the first to test young, supposedly healthy adults.

75 students were examined for two days and it was found that those who were less fit had a harder time retaining information. "The findings show that unfit individuals lose more memory across time," said assistant professor of psychology Kimberly Fenn.

Comments A "surprising number of college students in the study were significantly out of shape and did much worse at retaining information than those who were extremely fit", Fenn added.