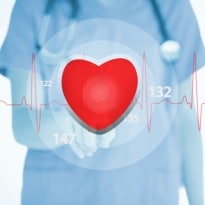 In what can be called a revolutionary breakthrough for heart patients, scientists have developed a new battery-less cardiac pacemaker with an alternative energy source - it's powered by heart motion. Adrian Zurbuchen, a PhD candidate from the cardio-vascular engineering group in the University of Bern, Switzerland said, "Batteries are a limiting factor in today's medical implants. Once they reach a critically low energy level, physicians see themselves forced to replace a correctly functioning medical device in a surgical intervention"

This new type of cardiac pacemaker is based on a commercially available, automatic wristwatch and does not require battery replacement. To test the watch, researchers developed an electronic circuit to transform and store the signal into a small buffer capacity. They then connected the system to a custom-made cardiac pacemaker. The system worked in three steps. First, the watch acquired energy from the heart.

Second, the energy was temporarily stored in the buffer capacity. And finally, the buffered energy was used by the pacemaker to apply minute stimuli to the heart. The researchers successfully tested the system in experiments with domestic pigs.

The energy harvesting system has the potential to avoid both disadvantages by providing the world with a battery-less and lead-less pacemaker. The next step is to integrate both the electronic circuit for energy storage and the custom-made pacemaker directly into the harvesting device. CommentsZurbuchen concluded by saying "This will eliminate the need for leads." he concluded.