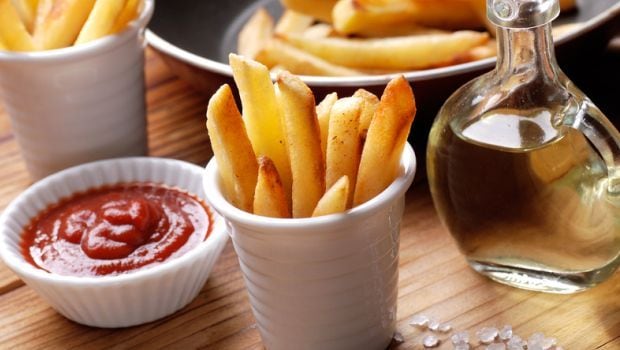 Highlights
Talk about the major diseases that cause death worldwide, and heart disease scores high on the charts. It affects millions and millions of people, and the figures only seem to be growing alarmingly. Blame it on the times we live in with high levels of population and stress, but our lifestyle habits are equally to be blamed for the upsurge. Take our diet for instance, processed foods have almost become mainstay nowadays, taking us miles away from the benefits of fresh, home-cooked meals. The truth is that these foods may taste delicious but they are nothing more than empty calories, being loaded with sugar, trans fat, artificial additives and preservatives, so on and so forth. Trans fat is one of the most harmful types of fats that is known to cause health problems, particularly heart diseases. And the more we really on such foods, the more we are putting ourselves at risk.

According to a study done by Yale School of Medicine in New Haven, Connecticut, US, cases of heart attacks and strokes is less common among people living in areas that restrict trans fats in foods compared to residents in areas without restrictions. "Our study highlights the power of public policy to impact the cardiovascular health of a population," said lead author Eric Brandt.

Trans fatty acids, or trans fats, are commonly found in fried foods, chips, crackers and baked goods. Eating even minimal amounts is linked to a greater risk of cardiovascular disease. Some communities in the US - most notably New York City - have eliminated the use of trans fats in restaurants and eateries in the recent years. To study the impact of restricting trans fats, researchers compared outcomes for people living in New York counties with and without the restrictions.

Using data from the state department of health and census estimates between 2002 and 2013, the researchers focused on hospital admissions for heart attack and stroke. They found that three or more years after the restrictions were implemented, people living in areas with the bans had significantly fewer hospitalizations for heart attack and stroke when compared to similar urban areas where no limits existed.

The decline for the combined conditions was 6.2 per cent, said the study published in the journal JAMA Cardiology.

"It is a pretty substantial decline," said Brandt. "The results are impressive, given that the study focused on trans fatty acid bans in restaurants, as opposed to complete bans that included food bought in stores," added senior author Tamar S. Polonsky, Assistant Professor of Medicine at the University of Chicago.

"If we enact a more complete restriction on trans fatty acids, it could mean even more widespread benefits for people," said Polonsky.