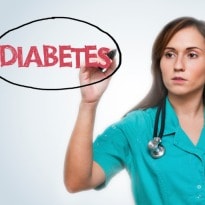 While diabetes is becoming more of an urban lifestyle disease affecting people of all ages, this new research bears a word of worry for women.

"Taken together, these data provide convincing evidence that diabetes poses a greater relative risk for cardiovascular diseases in women than in men," said professor Rachel Huxley from University of Queensland in Australia.

Promoted
Listen to the latest songs, only on JioSaavn.com
On comparing the two sets of data it was found that women with diabetes were 44 percent more likely to develop CHD than men with diabetes, taking into consideration the sex differences.

This study supports the findings of a smaller analysis conducted previously that showed a 46 percent increased risk of dying from CHD in women with diabetes compared to men with diabetes.