Diagnosis of the Future! A Digital Tongue Analysis 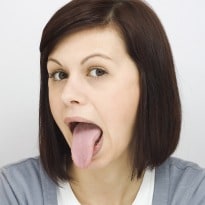 Indian researchers have developed a new diagnostic system that can identify illnesses from a digitised image of the patient's tongue. The system is of particular use for people residing in remote areas as they do not have ready access to physicians.

The study appeared in the International Journal of Biomedical Engineering and Technology and described the tool as being very easy. It involves soft inputs such as standard questions about symptoms of the disease and a digitised image of the patient's tongue.

According to Karthik Ramamurthy from Rajalakshmi Engineering College in Chennai, "The approach basically includes a combination of soft and hard inputs. Soft inputs include a variety of common symptoms such as fever, headache and cough. Each selected disease corresponds to a variety of general symptoms."

He added, "Hard inputs include images of the tongue as it is widely used by the doctor to diagnose the various disorders."

The analysis of these inputs are then fed to a neural network or computational model. The neural network is trained to use four different algorithms to analyse the image.

The analysis can indicate any of the following:

1. The digitised image of the patient's tongue could reveal discolouration, engorgement, texture and other factors that might be linked to illness.

2. Smoothness and "beefiness" might reveal vitamin B12, iron, or folate deficiency, and lead to anaemia. Black discolouration could be indicative of fungal overgrowth in HIV patients or prolonged antibiotic use.3. Longitudinal furrows on the tongue are associated with syphilis.  Ulcers may indicate the presence of Crohn's disease or colitis and various other conditions.

The current system allows diagnosis of 14 distinct conditions but the team hopes to extend its functions significantly.