Dietary Supplements May Cause Liver Damage 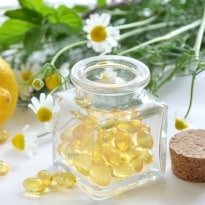 Promoted
Listen to the latest songs, only on JioSaavn.com
Dr. Victor Navarro from Einstein Medical Centre in Philadelphia said, "While many Americans believe supplements to be safe, government require less safety evidence to market products than what is required for conventional pharmaceuticals. With less stringent oversight for herbals and dietary supplements, there is greater potential for harmful consequences including life-threatening conditions."

CommentsThe team concluded that bodybuilding supplements caused prolonged jaundice in young men but no fatalities or liver trans-plantations occurred. However, the team also noted that they couldn't say that the results applied to the whole of the U.S. population. More research is needed, but the public needs to be cautious before taking any dietary supplements.