Eat Seafood Once a Week to Keep Your Memory Sharp 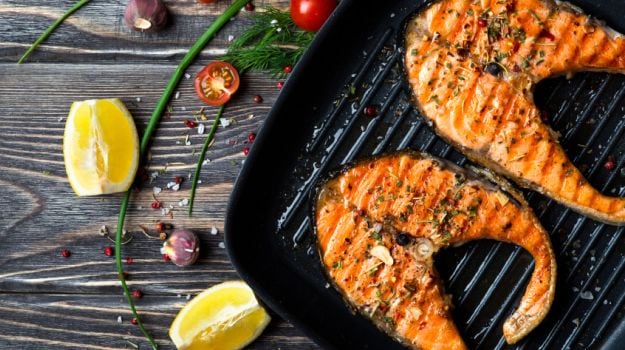 Including seafood or other foods containing omega-3 fatty acids at least once a week in your diet may protect against age-related memory loss and thinking problems, says a study. The age-related memory loss and thinking problems of study-participants who reported eating seafood less than once a week declined more rapidly compared to those who ate at least one seafood meal per week.

"This study helps show that while cognitive abilities naturally decline as part of the normal ageing process, there is something that we can do to mitigate this process," said study senior author Martha Clare Morris from Rush University Medical Centre in Chicago, US.

The findings were published online in the journal Neurology. The researchers followed 915 people with a mean age of 81.4 years for an average of five years. At study enrollment, none had signs of dementia.

People who ate more seafood had reduced rates of decline in the semantic memory, which is memory of verbal information. They also had slower rates of decline in a test of perceptual speed, or the ability to quickly compare letters, objects and patterns, the findings showed.

Seafood is the direct nutrient source of a type of omega-3 fatty acid (docosahexaenoic acid) that is the main structural component of the brain.